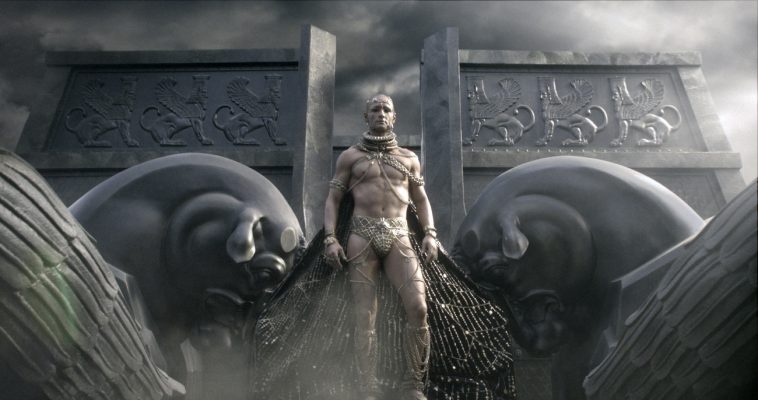 Director and screenwriter Zack Snyder shot the epic blockbuster 300 in 2006, which shattered movie box office and brought something new to the world of comic book movies. Eight years later, the production company entrusted the director’s baton to the little-known Noam Moore, while Snyder wrote part of the script, but the ratings of the audience and critics for this sequel are different, ranging from a completely equal sequel to literally spending money and time. In my opinion, this film is far from a failure, but it certainly had the ability to leave a much better impression.

The action of the sequel takes us to the period after the very end of the Battle of Thermopylae Gorge, when the brave Leonidas with 300 soldiers opposed the mighty Xerxes. Xerxes marches with his huge army to conquer the whole of Greece, and the first city on his way is Athens. The Athenians are led by the fearless military leader Themistocles, who defeats Xerxes’ army, but at the same time anger and the desire for revenge grow in him. In order to be able to defend themselves from the new invasion, Themistocles must do everything to unite all the Greek states, together with the superior Sparta, before the final battle.

What is noticed at first glance is definitely the strongest segment of the whole project – incredible technical effects and graphic animation that represents true technical and visual perfection. The team in charge of this segment of the film took the best effects from the first part, amplified them, stylistically adjusted them and added new ones, so that the final product in this sense is great for every respect. This is supported by a larger number of longer scenes without cuts, in which fast and slow shots are often alternated, with a lot of slow motion at the moment of the sword or other weapon hitting the body, which further intensifies the action that is shown. My opinion is that they exaggerated the shade with rough scenes full of blood because a few of them are really overemphasized and almost unnecessary.

The script in films like this isn’t an essential item so there hasn’t been too much work on it. The plot is quite linear, without any real twists, quite predictable plots and during the plot, with relatively little humor and no real drama, so, depending on expectations, you can consider this segment of the film either irrelevant or as a minus. The characterization is done on only a few heroes, while a large number of characters represent typical cannon fodder that can irritate at certain moments. The choice of music is perfect, it simply elevates the action and the action to a higher level, and you definitely have to watch this movie in the cinema, among other things, because of this feature.

The character of Leonidas, played by Gerard Butler in the first part, certainly represented the embodiment of heroism and masculinity, and the screenwriters probably had a lot of work to make the main character at least approximately like him, but not to look like him. It can be said that they succeeded in that, because the character of Themistocles, played by Sullivan Stapleton, is quite interesting and likable. The full hit is the choice of Eva Green for the role of the evil Artemisia, who makes the terrible Xerxes (Rodrigo Santoro) look like an insignificant military leader next to her. One gets the impression that she carries the film more than the main character Themistocles, which was certainly not the intention of the author.

If you are looking for an action epic spectacle that is a more or less worthy sequel to the first part, you will leave the cinema satisfied, while fans of dramas and more tense scripts will not enjoy this film too much. In relation to my expectations, I am more or less satisfied with what I saw.