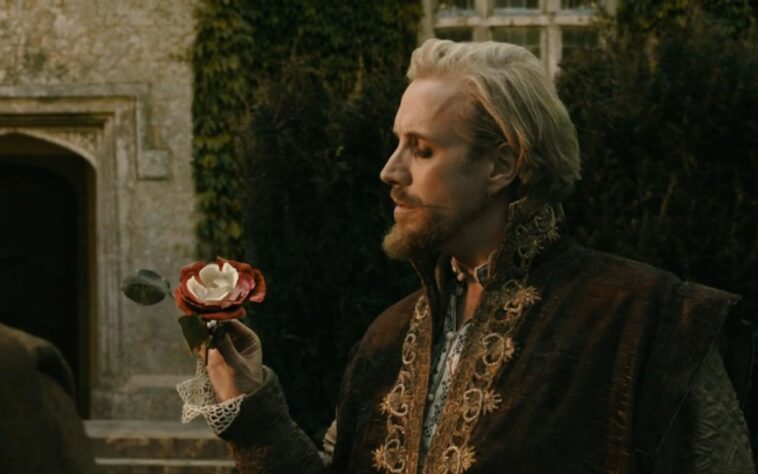 The conspiracy will finally be revealed, the premise of a costumed historical drama set during the turbulent period of the reign of Queen Elizabeth I of England. and all world literature. Did William Shakespeare really write all those grandiose works that have long been included in the world cultural heritage, or did he serve as a mere puppet to the real author?

What is unequivocal is the fact that he was an educated man, creative spirit and, above all, an excellent connoisseur of socio-historical circumstances that left a mark on the English monarchy. Roland Emmerich, a filmmaker who was always fascinated by Shakespeare – the son of an illiterate merchant and an actor in search of fame on the London theater stage (then still in its infancy), was appointed at the head of the project. The plot of the film is consistent enough, despite the fact that it is often interspersed with necessarily justified flashbacks.

The talented Ben Johnson (Sebastian Armesto) was accused of undermining the royalist regime, because of his free-spirited attitudes expressed through texts, allegedly written in the service of leisure entertainment, and curious subjects found entertainment in the theater during that period. When Ben gets out of trouble, Edward (Rhys Ifans), a distinguished duke of Oxford, gives him a fair offer. Ben has an obligation to discreetly mediate between Edward and Shakespeare (Rafe Spall): everything that the Duke writes, to be realized in the form of a play after which the boastful actor will be officially revealed as the author…

Made to intrigue (some may shock) the film was shot entirely in Germany, more precisely in the Babelsberg Studio complex, where all the benefits of computer animation were skillfully used to achieve an authentic reconstruction of some events that marked a long-gone era, after which there have been significant historical changes. First of all, it should be emphasized that, among other things, James (of Scottish origin) was appointed the new bearer of the English crown. What attracts attention is the excellent portrayal of several actors in this story, in which the destinies of the people who shaped the future of England at the time are intertwined. Therefore, the opinion of the majority of critics (and even the audience) is justified, as the narrative in the second part develops into a pure-blooded political thriller in which behind-the-scenes actions are carried out in an unscrupulous struggle for power. Without impressively presented dialogues, we simply would not be able to penetrate the carefully guarded secrets on the court corridors.

Theatrical style in acting performances is more than welcome here, moreover, it is very desirable. The decision to have mostly British actors in the engaged ensemble proved to be a complete success. I get the impression that Rhys Ifans has reached full acting maturity, because he perfectly portrayed a complex character – an artistic soul that knightly dealt with a tragic life destiny, never agreeing to compromises with those in power. No less convincing is Vanessa Redgrave, whose charisma has not yet faded on the big screen. She routinely played the character of the Queen of England, and yet it seems very inspiring and emotionally strong because it gives us the opportunity to get to know her hopes, fears, great disappointments, forced actions to stay on the throne.

Certainly, we should not omit the pleasant surprise (in my opinion, the guy is a real discovery) revived through the character of Ben, when he was impressively embodied by a young British rising actor. With this performance, Sebastian Armesto opened the door for potentially more ambitious projects, and I am convinced that in addition to the role (not particularly important) he had in the blockbuster Pirates of the Caribbean: On Stranger Tides, his name will soon adorn the billboards of another media-exposed, potentially a great movie hit. A small objection goes to the overly caricatured character of the famous writer, although Rafe Paul did his best to convey it on the big screen, just as the director insisted.

The camera did its job very professionally, because it afforded us a series of visually refined shots, constantly taking care of the lighting (everything takes on a mystical form under candles, and the dark side of human nature is far more pronounced). Designed costumes and appropriate scenery with lots of makeup and lots of wigs also helped revive the authentic atmosphere that permeated England from the early 17th century.