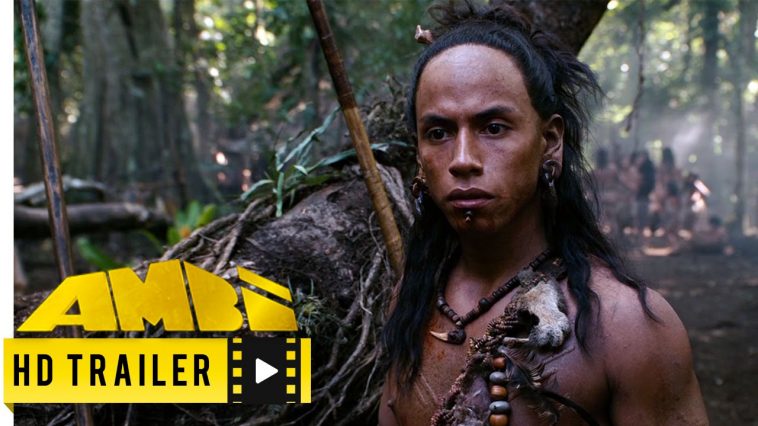 Many film lovers agree that Mel Gibson does not have top acting skills, but that is why no one disputes his talent as a director. His specialty, introducing the viewer to a culture he may not have even heard of, is brilliantly applied in this film as well, when he evokes the story so realistically that it feels as if the plot of the film really happened several centuries earlier.

The beginning of the film shows members of the ancient Mayan civilization in their daily activities. Their peace is interrupted by a warrior tribe that attacks their village in search of slaves. The main protagonist of the film, Jaguar Pou, manages at the last moment to hide his pregnant wife and son in a deep hole and is captured during the defense of the tribesmen. When the captives travel to the pyramid, we meet a world that is a little different from today, with different social strata, subjugated people and unscrupulous rulers. Jaguar Pou gets a chance to break free and that’s where the adventure and chase begins, on which the lives of several people depend.

The first thing that is noticed in the film is definitely the effort to realistically present the civilizations and the era in which they lived, and that goes so far as to use the original language of the tribe. A number of viewers resent that Gibson deals with facts that are not historically accurate, but that in any case does not diminish the quality of the project, because the director probably did not deal with the facts as much as to show the average Hollywood viewer, who has very narrow understandings and interests. a brutal story that took place in an under-explored area. He is also criticized for the excessive amount of violence, although the violence is very closely related to the culture being described. The lush nature and unusual language used is a big plus on exoticism and persuasiveness, in which great costumes and make-up with numerous tattoos and decorations on the body fit perfectly. The plot of the film is accompanied by superb sound and music, and the full hit was made by the roles of relatively unknown actors of Indian origin, among whom Rudy Youngblood stands out in the lead role. The quality of the details is confirmed by the Oscar nominations in the categories of best make-up, best sound editing and best sound mix.

The film is full of parallels with the modern world. Starting from poor, unhappy people who live on the outskirts of the metropolis, through modest but happy hunters who live from the fruits of their labor far from everyone, to the rich, priests and rulers who with their knowledge and authority keep the people in ignorance and rule unhindered. The figure of the Jaguar itself represents a fighter for good at all costs, while the Spanish ship is a symbol that even from the strong there is always someone stronger.

“Apocalypto” is a masterpiece of film art. A timeless story with a timeless message, a supreme adventure and the reality of the situation, evoked to the smallest detail, make two hours of film fly before our eyes, sincerely cheering for the main actor to succeed in his intention. One of the best movies I’ve had the chance to watch so far.