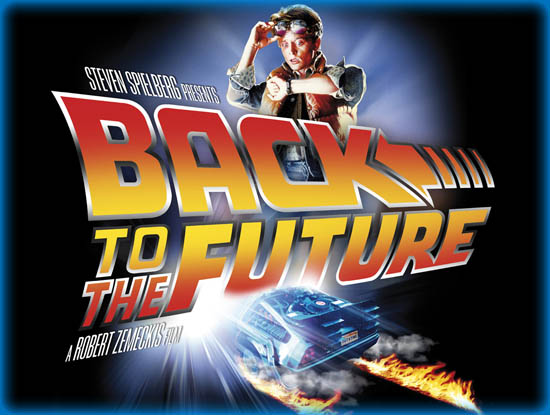 This film set the standard for time travel and became a true classic of its time. Thanks to the huge popularity that resonates to this day, two more, equally high-quality, although less successful, sequels of this film followed. Honestly, it is a real miracle that there were no more of them, because “Back to the Future” is one of the few films that makes us want to see more, without fear that the story will fail, and we hope that we will see it someday. at least a remake of this cult trilogy, if not a concrete sequel.

The inspiration for the film’s script came about by accident, while one of the two screenwriters, Bob Gale (the other is Robert Zemeckis, also the film’s director), reviewed his father’s high school yearbook and imagined what the two would be like if they were the same age. Interestingly, that is approximately exactly what the average viewer thinks of and what he imagines while watching this film. The script is very concise, without superfluous words, and no one in the film actually says anything that will not be important for the film later or that has nothing to do with what has already been played.

Of course, so that all this would not be too dry, a decent dose of sympathetic humor, characteristic of the eighties, runs through the film, just enough so that the film is not too serious, and not too frivolous. Every detail is given full attention, so it is possible not to notice many little things during the first viewing, for which we are not really sure whether it is a positive or negative feature of the film. These details are especially present when it comes to the differences between the past and the present, such as e.g. in terms of cinema repertoire or the look of a local cafe then and now.

The cast of the film has been chosen very carefully and for a long time, and it can be said that it is very close to perfection for this type of content, considering that some of its characters have grown into a cult over time. A lesser known fact is e.g. that for the entire four weeks of filming, Eric Stolz played Marty McFly, before being replaced in the same role by Michael J. Fox. Namely, over time, it was concluded that Stolc was too serious for the role. On the other hand, Crispin Glover completely deviated from the original idea of ​​George McFly’s character, with his unrestrained improvisation of this character, but in the end it was concluded that Glover’s interpretation of George’s character is more than appropriate. It is superfluous to talk about the character of Dr. Emmett “Doc” Brown, played by Christopher Lloyd, considering that it is perhaps the most impressive role in the film, which at the same time marked Lloyd’s career the most. When everything is added up, this may not be a top acting team, when we look at the actors individually, but it seems that in the case of this film, this team was ideal.

It is harder to engage in a deeper philosophical analysis of this film, since it does not carry a deep message with it, but is mostly of an entertaining character. However, like all time travel films, Back to the Future offers inexhaustible material for discussion based on the science fiction theories on which the film is based. Marti e.g. after returning to his time, he realizes that he drastically influenced the change of his neighbors, while the same changes incomprehensibly had no effect on himself, which is somewhat debatable, because changes in his living environment should entail a change in his personality. Also, it is hard to believe that Martha’s actions in the past selectively managed to change only his family, while, for example, he did not influence Doc Brown, with whom he spent the most time in the past, almost at all. But these are all questions that are not worth banging on too much, as long as they fall into the domain of science fiction.

In the end, this text can hardly be seen as a recommendation for the film, given that there are few people who have not seen it, but there are always new generations who have not heard of it, and we firmly believe that “Back to the Future” and he had a good pass with them, despite his age of 36 years.