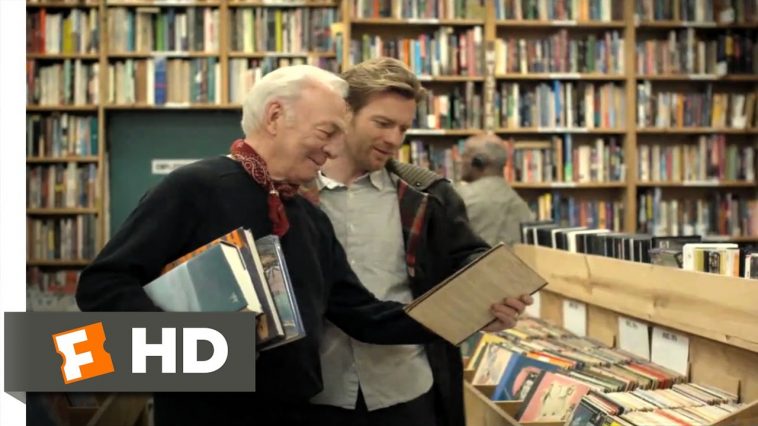 When the genres of romance and comedy come together, everyone comes up with modern clichéd projects that provide cheap entertainment and are quickly forgotten. I was guided by the thought that this film is one of them, but after learning that the award for the supporting role went to an actor who entered the ninth decade of his life, I changed my mind and decided to watch it.

Oliver is a man on the threshold of his fourth decade who is not married yet and who finds out that his father is gay. The fact that he decided to admit it after the death of his wife and that he is 75 years old when he finally “comes out of the closet” creates additional weight. The plot of the film is not very easy to explain because it takes place in three time periods that overlap and complement each other. In the first period, the oldest in time, we are shown young Oliver with his mother, in the second period Oliver learns the astonishing truth and helps his father.

To my great surprise, this is not an already seen romantic story, but a very interesting artistic project with a dose of human drama that is combined with humor and romance. The narrative is different, it intertwines time and action, so that it satisfies more demanding viewers who do not like to be given everything “on a plate”. The screenplay and direction were signed by Mike Mills, a little-known artist, who with modest means creates an emotional, touching and visually beautiful project worthy of attention.

The plot of the film becomes more complicated as time goes on. Starting with Hal, Oliver’s father, finding a much younger lover who moves in with him, through Hal’s illness and specific condition, to the occasion when Oliver finally meets the girl he’s indulging in, who turns out to be more emotionally complicated than him . The whole film has a great addition in the form of a Jack Russell Terrier named Arthur, who with his interestingness and specific behavior evokes every emotion and state during a certain scene.

The acting in this film is to be commended. As I mentioned at the beginning, the award for the best supporting role was given to Christopher Plummer for the role of Hal, who was 82 years old at the time of the award and thus set a record for the oldest winner of this award. Hal is interesting, he behaves quite unexpectedly, but he creates emotions and sympathy in the viewer. Ewan McGregor portrayed the role of Oliver very well, making the sad film even sadder with his performance and commitment. Also worth mentioning are Melanie Laurent in the role of French actress Ana, as well as Goran Visnjic.

If you are a fan of human dramas with a specific narrative, in which the characters progress as the plot unfolds, and if you lean more artistic than pure entertainment projects, this is the right choice for you. A light touching story that will fill your heart and make you feel happier with what you have.