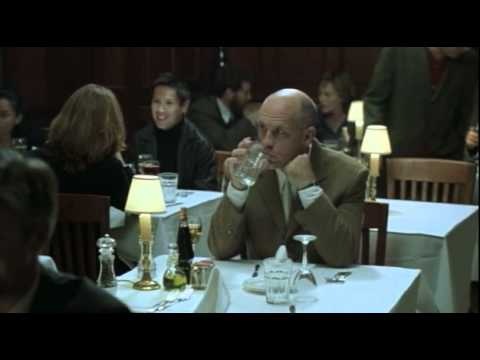 Charlie Kaufman is considered one of the most original screenwriters of today. He completely executes Hollywood clichés and makes films that, although with Hollywood production, are liked by art film fans. His plays with a touch of comedy and sci-fi are a must-read for any film lover, and his debut work “Being John Malkovich” was worthy of an Oscar nomination.

Craig Schwartz is an unemployed puppeteer who lives with his girlfriend Lotte, a saleswoman in five shops, and her numerous pets. Due to lack of money, Craig is forced to look for a job that is not his profession, and he finds it in a company located on the so-called mezzanine, where the ceiling is so low that people have to walk crooked. There he meets the eccentric boss Dr. Lester and his colleague Maxine, who becomes the object of his lust. In the office, he accidentally discovers a secret passage that leads him to the mind of another man, who turns out to be the famous Hollywood actor John Malkovich. A person who goes through the tunnel has the opportunity to stay in John’s head for 15 minutes before being thrown out on the suburban highway. Craig shares the experience with Lotte and Maxine, who get the idea to start charging to enter the tunnel and start through unexpected events.

Given that director Spike Jones gained his name by working on music videos that abound in effects, this film is diametrically opposed to its standard, as it has no special effects and is done in relatively dark, nihilistic tones. The construction of character characterization started from the introductory spike, and as the plot progresses, more and more attention is paid to events with a touch of fiction. The concept of the possibility of entering someone else’s mind has been seen in earlier films, but Kafman’s work is different because it tries to see the experience from a different angle, making deeper characters that serve more than just pure entertainment and breaking certain taboos. life. The other protagonists do not enter the tunnel with the aim of having fun, but to escape from the boring everyday life and see the hole in the wall as an escape from frustration.

John Malkovich put on a great performance, leaving us confused as to whether he was really like that in private or whether he adapted his behavior and habits to the script. John Cusack did his best by playing Craig, and his portrayal of a neurotic, conceited puppeteer is quite convincing and realistic. As for the female roles, I got the impression that they were intentionally replaced, because Cameron Diaz, a popular beauty and fatal woman, becomes a modest, shabby worker and housewife, while Catherine Keener, who gained popularity for her roles as a housewife and ordinary women, she becomes an authoritative, cruel seductress.

This is one of the most imaginative and creative films I have had the opportunity to watch. Great comedy, with a touch of other genres such as drama and sci-fi, original script, good acting and surprisingly few clichés make a great two-hour party. Recommendation for watching.