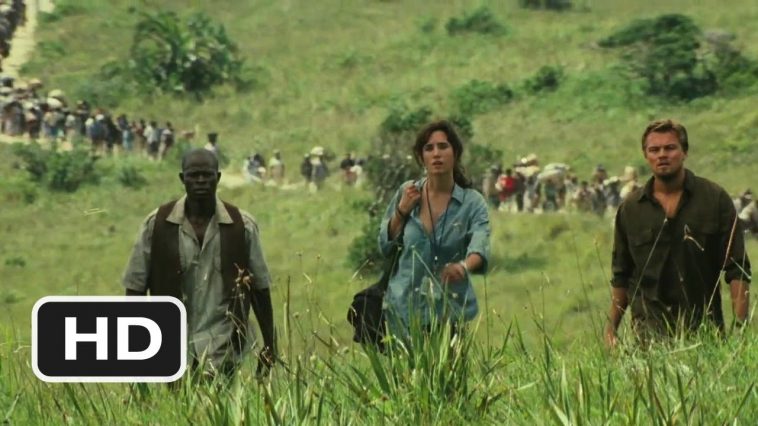 Among the numerous projects that deal with the topic of war conflicts on the African continent, this one stands out for the rather large funds invested in its filming. However, although the final product is quite high quality, it failed to achieve the earnings that the screenwriters predicted, primarily due to a topic that is more serious than the topic of average Hollywood blockbusters.

The film takes place in Sierra Leone in the 1990s, during the civil war in that African country. Danny Archer is a South African mercenary, fraudster and diamond thief who, after unsuccessful smuggling, is in prison, where he meets fisherman Solomon Vandi. Archer learns of Solomon’s sad story, how he was forcibly separated from his family and was forced to work in diamond mines. He also learns that he discovered a hidden gem in the mine where he worked. Archer sees this as the perfect opportunity and offers Solomon to find together that priceless diamond that will change their lives. With the help of the sympathetic American journalist Maddie Bowen, the two of them enter the rebel territory and embark on an adventure of a lifetime.

This is not a love or purebred action movie. This is first and foremost a great action drama with a background depiction of social unrest in one country. A political film that strikes a lot at the lowest motives of the viewers – pathos and is imbued with the same, but with one important difference compared to other similar projects – there is just enough pathos here, neither too much nor too little. The film effectively depicts the unpredictability of a war, who is to blame, who manages what and what is really behind everything. Because of some foreign interests, because of some rare resources (not) needed by richer people, because of the double policy which is always the main culprit for everything, while only the people and ordinary citizens suffer, over whose back everyone will go to realize their plans, regardless what is moral or right.

The script, although it has clichés, such as a love story that barely slips through and the pathos that is inevitable, is quite well done and blended, so that we are not bothered by those predictable little things. Individuals resent the utopian and unrealistic ending, which makes some great people overthrown, damaged, and punished. In terms of technical aspects, the film is a perfection, and was nominated for five Oscars.

The cast did a great job, first of all I think of my pet Leonardo DiCaprio and the great Jimon Hounsou. I won’t waste words on phenomenal acting and a great accent, because so far most have been convinced that this guy knows how to act and that he is getting better from role to role. DiCaprio was nominated for an Oscar for the lead male role, but the award went to Jamie Foxx for the role of Ray Charles in the biographical film about the famous musician Ray. Simon Unsu is a great discovery of Spielberg (Amistad) and an actor who provides great performance and is always at the highest level. Also great was Jennnifer Connelly, in an underutilized character who is more casual and not intrusive, which is again kind of good.

This film is a moving story about a war-torn African country and the fate of the people who live in that area. A dark, serious, thought-provoking project, with an effective depiction of diamonds that make the minority shine with them, while the vast majority bleed and suffer because of them.