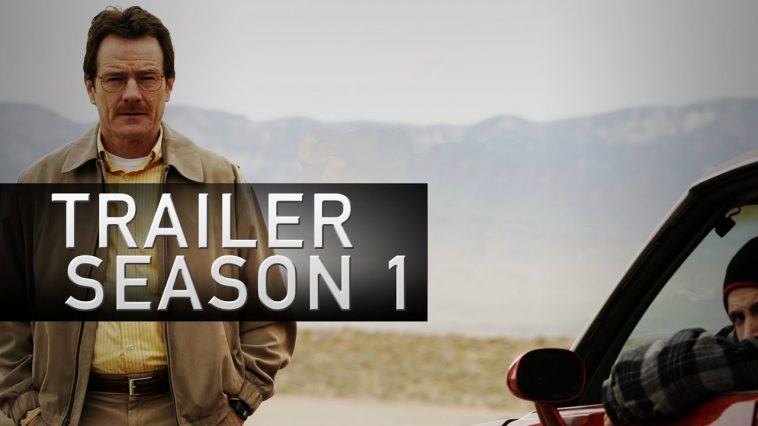 There are few series in our lives that are worth every second of our time, that burst with originality, idea, quality and that leave you breathless, keep you constantly tense and that you will never forget. Such are, for example: Sopranos, X Files, Oz, and they are certainly joined by the series Breaking Bad. Some domestic translations of the series would read “On the way down” or “Home chemistry”.

The story revolves around Walter White (played by Bryan Cranston, better known as Hal from the series Malcolm in the Middle), an underrated but ingenious professor of chemistry, who discovers he has incurable cancer on his 50th birthday. When he realizes he has nothing to lose, and can gain a lot illegally, he finds his former student Jesse Pinkman (played by the relatively unknown Aaron Paul, known for his role in the remake of The Last House on the Left), who has meanwhile become a petty dealer drugs. He suggests that they start a risky business of producing and selling crystal targets, since he has to provide for his family before his death. It will not be so easy, with a hysterical pregnant woman and son with cerebral palsy, a son-in-law of a DEA agent and his kleptomaniac wife.

This is a series that pushes all boundaries with quality and originality of realization. The series that picked up all the most important awards (and still buys them), and for me, it has joined the top five best series ever. I have never experienced that a series can be so perfect and make a finish every season that drives fans crazy waiting for a sequel. It has an interesting concept – the beginning of each new season starts from the end, that is. indications and small details are given to get to the beginning. One of the rarities is also that the series from season to season was more and more perfect and of better quality. It was done at a very high level, which in today’s hyper-production of the serial program makes it have the strongest base of fans and admirers.

The character of Walter White is perhaps the best thought out character ever, either for a series or a movie. His character starts from the scale – the best, the best and the good, so he immediately switches to the worst. The moral vertical is lost more and more with each episode. He loses his sense of care for his family and morale when he feels power. His pace is fascinating and this may be the first time I have cheered for the villain, even though his moves, actions and everything around it are wrong. Jesse Pinkman’s character is more likeable, but not in the sense of cheering for him. He is more moral, well done, but still manipulated, a weak drug addict who easily grows on his heart and creates pity.

All but one of the actors did a great job. The characters intended for them are presented to us in the best and very convincing way, no matter what kind of character it is, good or evil, whether it is Gus Fring or Mike. They couldn’t find better actors and all credit to the people who did the casting and to those who “made” them do their job in a top way, because it is safe to say that each of them deserves awards and praise for their performance. The path of Walter White, from a normal, ordinary, self-sacrificing man who would do anything for his family to a real monster who lost all those initial qualities during that journey and crystallized them into the worst ones in a person. Brian Cranston’s acting was at an enviable level, which is shown by the praise not only of the critics and the audience but also of the great actors, including Anthony Hopkins’ letter to the series, praise to the director, screenwriters, actors and all other workers on the series .

The finale of the series, ie. the fifth season divided into two parts with eight episodes each is probably the best possible done and designed finale ever. We get all the satisfactions of every part of the story, our main antihero ends his journey in the best / worst possible way.

Simply the BEST series in the last ten years, and none, in my opinion, can surpass it at the moment, not even the Game of Thrones spectacle, let alone a one-season sensation that no one will talk about after that one or possibly two seasons.