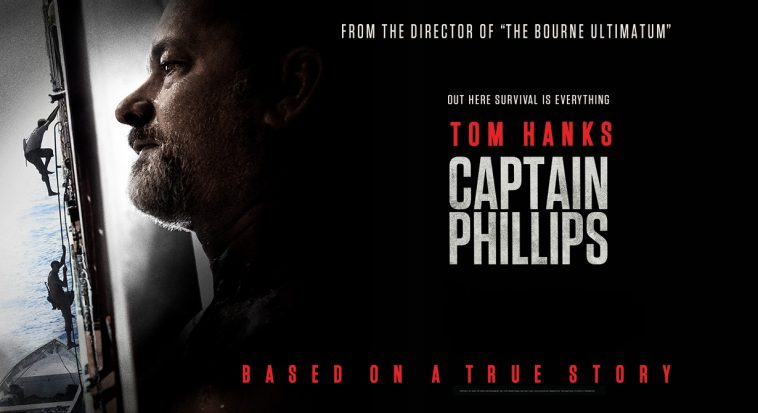 “Captain Phillips” is an achievement classified in various genres of action, adventure, thriller and drama, and at the same time a film that could potentially give us the epithet “hater” as a reviewer, at least when it comes to this project. On the other hand, we do not want to say at all that this is a bad achievement, but that it is simply not as good as many think. In fact, we are of the opinion that the overestimation of newer achievements is due to the lack of quality in newer films, and at the same time to the reduction of criteria in such evaluations. If we consider imdb as the most frequently cited measure of quality in the world of film lovers, we simply cannot agree with the height of its current rating of 8.1. in relation to other works, which share this assessment with him, although we avoid saying that this is a bad film because it simply is not.

“Captain Phillips” has one pretty attractive element when it comes to cinema, and that is based on a true event. The story therefore follows an actual event in the focus of which is Captain Richard Phillips (Tom Hanks). During the voyage of the American ship Maersk Alabama, on which Phillips was captain, in 2009, off the coast of West Africa, Somali pirates attacked the said ship and kidnapped Captain Phillips. This is a film that shows this event in detail, and without going into further details, this is its basic plot. The screenplay for the film, written by Billy Ray, also relies heavily on A Captain’s Duty: Somali Pirates, Navy SEALs, and Dangerous Days at Sea, written by none other than the captain himself.

The acting in this production is certainly worthy of attention, maybe not exactly to our taste, but objectively it deserves praise. It should be especially taken into account that besides Tom Hanks in the lead role, rarely any other name is known to the general public. Hanks provided a standard good performance, especially interesting at the very end of the film, which of course we won’t reveal. Also, in addition to a wide constellation of unknown actors, we would especially emphasize the role of Barkhad Abdi, as the leader of the Somali pirates. This is Abdi’s debut role, for which he has already received numerous awards, and he also received an Oscar nomination, so it is certain that with this role he guaranteed himself a rise in his career.

In addition to a certain dose of tension, which this film guarantees you, we believe that a certain moral dilemma will be present in the viewers in a certain dose, when it comes to the violent act of pirates. The prologue of the film itself at times shows Phillips in the exposition of small life problems, which seem ridiculous in relation to the criteria of the life problems of the Somali people. Namely, the film shows how these pirates, despite their campaigns, which are supposedly worth millions, live in obvious misery and poverty. In a way, they are forced to be pirates, which of course can in no way be an excuse for their behavior, but it raises a bit of doubt. Particularly interesting is the ironic moment of the fact that the ship that the pirates intercept in this film, among other things, transports humanitarian packages intended for the Somali people, which is practically devastated by those who send them packages. Also, the attitudes that Phillips has at the beginning of the film, to some extent, justify the pirate act of robbery in some way. Phillips believes that today’s world is very cruel and that one should go through life cruelly in order to survive. These attitudes of his are, of course, modified during the film, under the influence of new experience, but let’s not reveal how and why.

The film adaptation of the story of Captain Phillips actually has everything that a good film should have and its shortcomings are very limited. So, the initial attraction is, as we have already said, based on an actual event. Therefore, the story has no holes or shortcomings that anyone could look at. Of course, the title role of Tom Hanks also contributes to this initial attraction, while the rest of the cast proved to be quite good.

Also, in addition to the plot itself, boredom is present in the first part of the film when it comes to the visual impression. The scenes in the mentioned part of the film are very monotonous and one gets the impression that one and the same shot is constantly being watched. Of course, this monotony was conditioned by the action of the film itself, but we believe that it cannot be an excuse, considering that there are films that managed to create greater dynamics with far less scenography than this project managed.