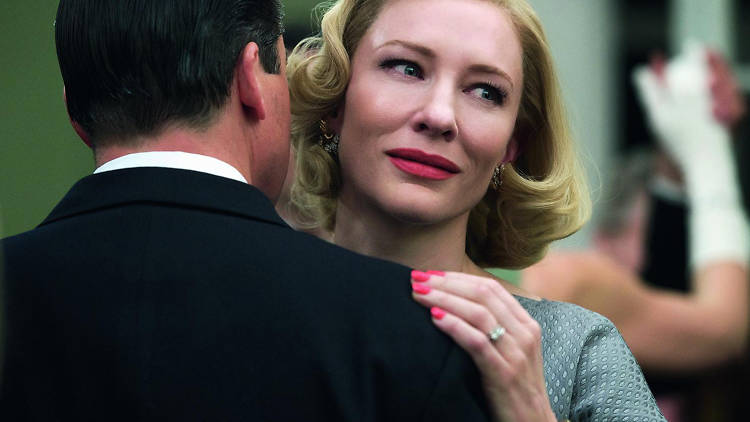 It has become a practice to produce films that have only one goal or purpose – to collect as many film awards as possible. As a rule, most of these projects do not lack quality, but after a few years (months) the average viewer forgets the film and what happened in it, they do not have something that would make it come back or recommend it again. A typical representative of such films is The King’s Speech, and I had the impression that Carol could be put in the same basket. I wasn’t much wrong.

Carol is an adaptation of the semi-biographical novel The Price of Salt written by Patricia Highsmith. The plot is set in New York during the fifties of the last century, and the story follows two women of different social classes who are experiencing a love affair. Teresa (Rooney Mara) is a girl in her early twenties who works in a store, wants to be a photographer and fantasizes about a better life. At work, he meets Carol (Cate Blanchett), a classy woman trapped in the jaws of a conventional marriage, and two sparks erupt between them. The plot arises when Kyle Chandler, Carolyn’s husband, starts using her sexual orientation against her in a divorce lawsuit, in a relentless fight for custody of her daughter…

After watching this film, a parallel with the Brooklyn project must be drawn. Both films are excellently directed costume dramas that deal with a love story, only here it is an unconventional romance between two women. They are reminiscent of old-fashioned melodramas that exude predictability, but both films experience a denouement in the final third when the main characters make decisions that will hurt some of the dear people. The difference is that in this film more characters are characterized, while in Brooklyn a more detailed characterization did not go beyond the main character.

I can’t say for myself that I’m a fan of romantic dramas, but the numerous positive reviews for this film (many consider it the film of the year) made their own and made me watch Carol. The film is really pleasing to the eye, perfected and with attention paid to every detail – clothes, make-up, suitcases, cars. Long shots, easy camera work, shooting locations, scenography: we are all nicely tucked in to watch this story carefully.

The story, on the other hand, is not as tempting and interesting as I expected. Simply, no character succeeds in connecting us with him. Caroline’s character is quite confusing to me because I don’t understand her motives or intentions at all, starting from the first meeting with Teresa. Teresa is a naive, innocent girl who is platonic engaged, but I don’t see any interest in Carolina starting her. They establish a relationship without more sensitive emotions, which seems to me to be a product of mutual boredom, and not a sincere desire for intimacy with another woman. Carol is superior in this relationship, and Teresa is quite pliable.

I don’t like that we don’t see the intimacy between Carol and her daughter, until the moment when her capricious ex-husband decides to completely separate her from her. There is no scene in which we see a sincere motherly relationship that will lead to her hysteria in the final third of the film. She consciously leaves her daughter to go on a road trip with her mistress. Also, Teresa leaves everything behind, including her job and a good-natured guy who is ready to marry her, in order to ride with an older woman. It’s possible that the problem is that I don’t understand decisions like this – I’m a man, so I’m not too romantic or I don’t understand a sincere LGBT relationship – so I presented the objective facts of what we see in the film, and it’s up to the viewer to make his own judgment. .

Cate Blanchett is great in her role as a superior lady. Her character is torn between her emotional needs, misunderstanding of her environment and the social beliefs that govern her, but we simply fail to connect with her and understand her. Rooney Mara is as cute as Teresa, a pliable girl who is eager for adventure and a little trip out of the classic life’s clutter. Her trip can be understood because she does not have a child to take care of, nor is she a member of a higher social class who can condemn her. They both deserved Oscar nominations. I will also mention Sarah Paulson as Abby Gerhard.