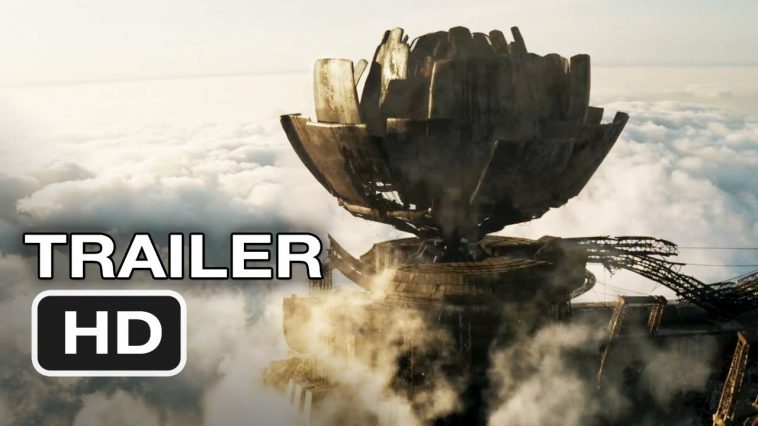 Films in which several protagonists intertwine and which do not provide a relatively chewed-up flow of action are usually divided by the audience. One part thinks that such films are a masterpiece, while others are of the opinion that they represent a series of confusing videos that do not make the viewer enjoy what they are watching. Such a fate befell “Cloud Atlas”, one of the best films made last year.

In this three-hour spectacle, as many as six stories are intertwined. The main topics are friendship from the 19th century, the love affair between the older composer and his young assistant, a journalist who reveals a state secret during the 70s, the adventure of a literary publisher, the rebel war that will take place in the future and the consequences of that war. These six stories create a magical adventure that takes the viewer through time and space.

The screenplay is based on a novel by David Mitchell, while directing is a joint project of Tom Tykwer and brother and sister (Lana Wachowski and Andy Wachowski), the people who created the Matrix trilogy.

At first glance, everything seems quite confusing, and during the first hour, it is not clear to most why and in what way the characters are connected. The dice agree as time goes by, but a number of film lovers resent that the thread of the film takes too long and that it takes a long time to understand the meaning of everything. Each story does not present anything spectacular in itself, but when combined, they create a great impression.

The whole film visually looks great and the graphics and animation are done fantastically. Top-notch scenography, make-up and costumes make every time in which the scenes take place seem real and convincing. That impression is enhanced by the fact that the same actors have roles in different stories, and the change of race or age is so good that it takes some time for the actors to be recognized.

The list of actors who participated in the filming is impressive. The decision of the main actors to be famous actors was probably influenced by the fact that it is difficult to follow the action even with people who are known to the wider audience, while bringing anonymous people would add to the excitement, but would make it harder to follow. The film is dominated by the maestro Tom Hanks, who has great support in Halle Berry and Hugh Grant, who finally gets a more serious role. The actors who have already appeared in the films of the director’s trio, Ben Whishaw, Jim Sturgess and Hugo Weaving, were pleasantly surprised. You will remember one of the rare anonymous people, South Korean Doona Bae, who performed all 6 roles she had.

“Cloud Atlas” is definitely not for everyone. It takes a long time, the concept of the film is complicated and it takes a lot of attention to catch everything. On the other hand, great acting combined with perfect make-up and costumes (unjustifiably bypassed Oscar nominations) takes you on a journey that you will definitely enjoy. Due to the fact that the film was done almost to perfection, because I enjoyed every scene and because three hours flew by watching this adventure, I give it a clean ten.