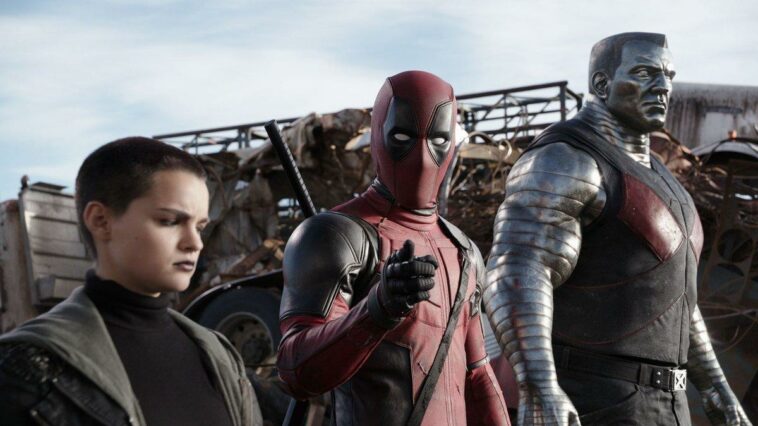 Wade Wilson (Ryan Reynolds) is a former member of the special forces who works as a mercenary after his dishonorable discharge from the army. In one bar, he meets Vanessa (Morena Baccarin) with whom he enters into a passionate romantic relationship. After a year, he proposed to her, but after that he fainted. Doctors are discovering his cancer at an advanced stage, with no chance of recovery. It is in that bar that he meets a mysterious man who offers him a solution – he will cure his cancer and become a super soldier. Wade refused at first, but his will to live still forced him to join the experiment…

This synopsis chronologically describes the events in Wade Wilson’s life, but is presented differently in the film, in the sense that the plot is mixed. In the first half of the film, we alternately watch scenes from Wade’s normal life and from the time when he already became Deadpool. This is definitely a plus, because classic storytelling would quickly tire the film. Apart from the sequence of scenes shown, it can be concluded that this is another typical blockbuster related to superheroes, because the classic fable is a normal man – something went wrong – gaining superpowers – revenge and is present here, except that the character of Deadpool is highlighted. the revenge is more set aside and serves purely for the film to have some action.

Deadpool managed to show the full potential of a hilarious character like Deadpool. In his first appearance in the film, this hero had his mouth sewn up (literally), while in this film he simply does not shut up. That’s why scenes that are traditionally serious (shooting on the highway) look hilarious, while ordinary scenes, such as taking a taxi, get an extra-funny line. In support of his comic impression, there are also little things like the melody of the phone, a child’s watch or the relationship he has with a blind black old woman who is his roommate. Deadpool is not a typical superhero because he is not a moral giant who is careful when he uses superpowers, but he is brutally bloody and violent as soon as he became aware of them. In this film, he swears like a coachman, names everything in order (even Marvel’s studio) and has a commentary for absolutely everyone.

The protagonist is the link that more or less keeps the film together. When we turn to the side of his comic sequence, we get a film that is typical of superheroes – quite predictable. The motive of revenge is a strong enough factor for active action, but the impression is that this act of revenge is the least done. When it finally comes to it, the viewer does not experience ecstasy in the sense that justice has been served, but is much more amused by Deadpool’s comments. The final third in which revenge reaches its peak has already been seen and there is absolutely nothing new to offer, and I think that the character of the villain Ajax / Francis (Ed Skrein) could have been more entertained.

I was genuinely thrilled when I read that this is the debut film for director Tim Miller, because he made it as someone who has a lot of experience in shooting blockbusters. The action scenes are presented in an exciting way, adding slow-motion and scenes when the action is paused so that Deadpool can comment on something (fourth wall) is a complete hit, and it didn’t skimp on special effects. Deadpool was filmed as a real blockbuster and there are no flaws on that side.

Ryan Reynolds is an actor whose films I can watch, although I don’t appreciate him too much (I still associate him closely with romantic comedies and Ven Wilder), but lately he has started making more serious films (eg Woman in Gold). I agree that his acting qualities are limited, but he in Deadpool, with his constant pouring of ironic comments and spontaneously funny sentences, charisma and appearance, seems to not notice that (so much).