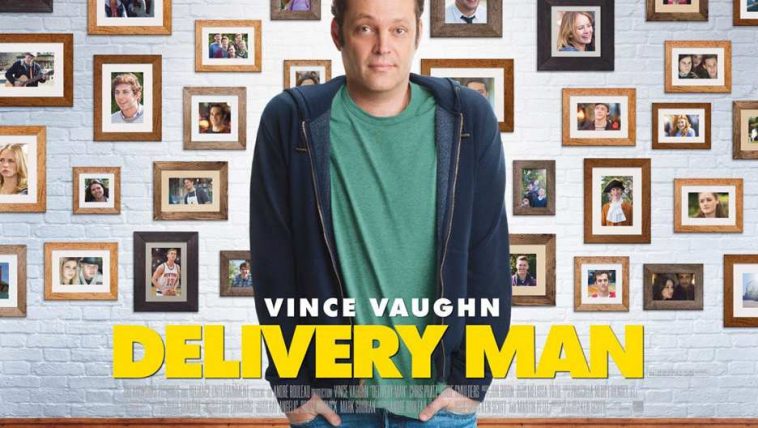 Before watching this film, I was convinced that I was watching a typical comedy that will entertain me as much as possible, and disappoint me until the very end, but this project from comedy unexpectedly grows into a completely satisfying emotional drama. Director and screenwriter Ken Scott decided to make a remake of his own film, the Canadian Starbuck, which received quite solid reviews from both critics and audiences, but his project somehow went too poorly, mainly due to the fact that viewers have already seen almost all exactly the same, only two years earlier.

David (Vince Vaughn) is a very unreliable and immature forty-year-old who deals with a very simple job that he complicates every day. He gets into financial trouble and tries to maintain a relationship with his girlfriend Emma (Cobie Smulders) who is pregnant. In the midst of all that chaos, he finds out that his donation of sperm to the fertilization clinic resulted in the conception of as many as 533 children, 142 of whom are filing a lawsuit with the desire to find out who their biological father is. His best friend Brett (Chris Pratt) decides to represent him as his lawyer knowing that this could be a big case for them. Over time, David becomes attached to his children and helps them by not revealing his identity, and realizes that his life is changing with them.

“Delivery Man” really has a lot of emotion in it, even though the main emphasis is on comedy, and it charms quite enough, even though it’s almost stupid at times. This is a typical movie that the whole family can watch, but it still lacks something that will create a recommendation for everyone to watch this or some special emotions during the check-out rush hour. What makes this film bearable is the Von-Pratt tandem, because all the other characters are undeveloped and almost irrelevant. Their humor is debatable at times and is repulsive to a lot of people, but this time we have the opportunity to see Vaughn in a not so typical role, showing us that he is not only a comic clown, but also has the character of a good actor squatting in it.

The problem with this film is that it remains torn between ordinary comedy and human drama, and one gets the impression that even the screenwriter didn’t know what he wanted to do. In addition to emotional moments and solid comedy, the project has a lot of setbacks that spoil the impression, but also some scenes that raise the quality. Of course, the question of the motive for processing the film also arises, because the original left quite good impressions, because probably the main driver, money, did not achieve evident success at the box office.

Vaughn begins the film with his typical role, but as the plot progresses, he somehow evolves into a more pleasant and kind character. It provides quite a solid performance in the lead role, but the center of the comedy is definitely on Chris Pratt. Their specific chemistry is evident and it is safe to say that the two of them carry the entire film. Other actors are not even worth mentioning because their characters can’t even get the epithet “secondary”.

If you are a fan of “relaxed” comedies that do not leave too much of an impression, but fill the time quite solidly, this is the film for you. It has nothing innovative or memorable, but it will entertain and imagine you enough.