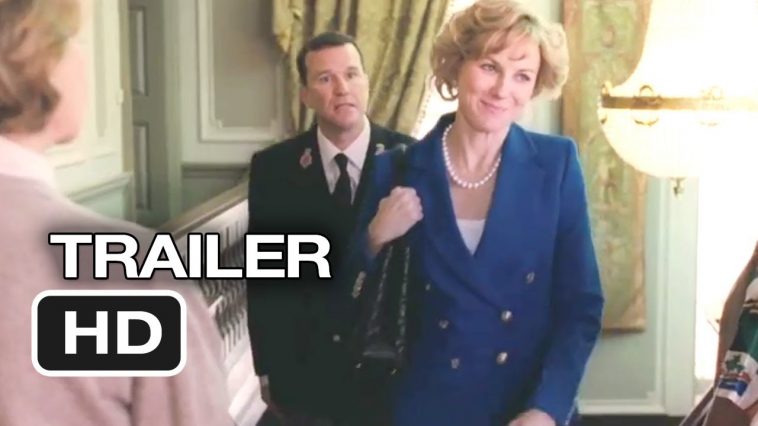 Before I start criticizing this film, I think it is very important to mention at the very beginning that I really don’t know too much about Lady Diana. All my knowledge about the life of the late Princess of Wales is based solely on what is available on Wikipedia and several journalistic articles, so I hope that some passionate fans of the former most famous woman in the world will not resent me if I do not interpret some dimension of her personality .

“Diana” is a biography that focuses on the last two years of Princess Diana’s life. In this humble clip, director Oliver Hirschbiegel tried to illustrate what Kate Snell wrote in her hugely popular novel, Diana: Her Last Love. In addition to showing the characteristics that made this charismatic and charming woman with a refined taste for fashion and humanitarian approach so famous and special, “Diana” has the main theme to show “forbidden love” between the princess and Pakistani surgeon Hasnat Khan.

Although when the synopsis is presented in this way, the film seems like a very exciting mix of two complete extremes from the princess’s life, I must unfortunately write that the realization did not manage to capitalize on its very well-dug foundation.

The screenplay is definitely the weakest segment of this film. In addition to trivializing relationships, throwing written characters, numerous logical omissions (such as the idea that the most famous woman in the world, a person whose face is just not yet on toilet paper, can walk the streets imperceptibly because she wears only a wig) and really unrealistically irritating dialogue, what is most missing here is that feeling of passion between the protagonists, that is, that spark that would convince us that the couple really tried in all possible ways to be together. Although Naomi Watts showed herself nicely and really made a significant effort to make her portrait of the princess look like something, her chemistry with Naveen Andrews on the screen is non-existent. Their relationship is quite rigid and unconvincing.

In addition to the fact that Naomi physically resembles Meg Ryan on several occasions more than a princess, her facial expressions and charm are definitely in place. As for the rest of the cast, I would never emphasize anything too much because their roles are quite one-dimensional. Of course, since he is playing another major role in the film, I am obliged to comment on Navin’s contribution, which is unfortunately more than miserable. Navin simply does not offer anything that would make Hasnata at all interesting and worthy of the princess’s attention. Absolutely no significant personality quality is emphasized to him, except that he loves his job, family and jazz music. Very sloppy.

According to numerous world media, Hasnat Khan, who still lives and works in England, characterized the film as “completely wrong” and said that he had no intention of watching it. He never spoke about his time with Princess Diana in public and claims that none of the collaborators on this film contacted him, which illustrates how much effort was actually invested in the realization of this project. It is clear that the film is based on a novel, but to ignore the opportunity to learn something more about your subject first hand is more than bizarre.

What further bothered me in this film is the moment with Diana’s sons. Throughout the course, the protagonist mentions her children, states that they are the most important thing in the world to her, and the director only shows them for a second at one moment. Isn’t this contradictory?

Although “Diana” is technically an extremely well-made film and offers numerous moments that nicely characterize the pressure under which the princess lived, it still fails to convey what is the center of this achievement, which is unconditional love that breaks down all class barriers and religious beliefs. “Diana” has its good moments, but in the end it leaves a rather weak overall impression.