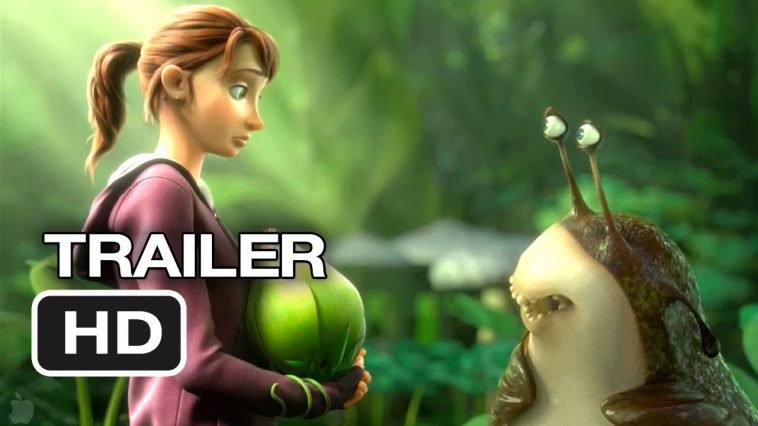 20th Century Fox is a studio in charge of creating popular animated films such as the Ice Age series or the great Rio. Their latest project carries a slightly pretentious title and, given a budget of one hundred million dollars, has failed to live up to high expectations. This is an interesting, well-done project, but it simply does not leave a “wow” impression, nor an excessive desire to look again.

The story begins with the arrival of young Mary Catherine in the house of her eccentric father, a scientist who is convinced that there is a civilization of advanced miniature creatures and who has dedicated his whole life to finding them. Coincidentally, Mary Catherine reaches the forest just during the attack on the miniature kingdom, she shrinks and gets the task from the dying edge to take the magic bud to safety. Together with the commander-in-chief of aviation, a young and enthusiastic soldier and two hilarious snails, she embarks on an adventure on which the survival of the entire kingdom depends.

This is an interesting story about brave heroes who would lay down their lives to defend their kingdom. She is immersed in a really interesting and fascinating world that abounds in interesting characters and appearances. The characters are quite original and excellently animated, while the landscapes and scenography literally leave you breathless with their quality. They represent the right background for epic battles and constant battles of good against evil. In addition to the visual impression, the complete story is accompanied by an excellent soundtrack.

As for the script, it is typical for these types of films, with a standard plot, unfolding and the expected happy ending, but with a solid number of small turns during the duration of the film. However, one gets the impression that he has potential that has not been realized to the maximum good. There is no deeper style of storytelling, but everything is “black and white”, which can be boring for more demanding viewers. Some critics resent that, instead of better characterization of the characters, attention is paid to a clichéd and perhaps unnecessary romantic story.

As for the people who lent their voices to the animated heroes, the list is quite colorful and interesting. Among the more recognizable voices is definitely the voice of singer Beyonce Knowles as Queen Tara, as well as Hollywood charmer Colin Farrell. They are accompanied by musicians Pitbull and Stephen Tyler, as well as the increasingly popular Oscar winner Christoph Waltz.

The overall impression is that this is a somewhat pretentious achievement whose title is related exclusively to epic battles and top animation. From the beginning, which promises something great, it gradually turns into an already seen story that is as entertaining, but not as spectacular as the creators imagined.