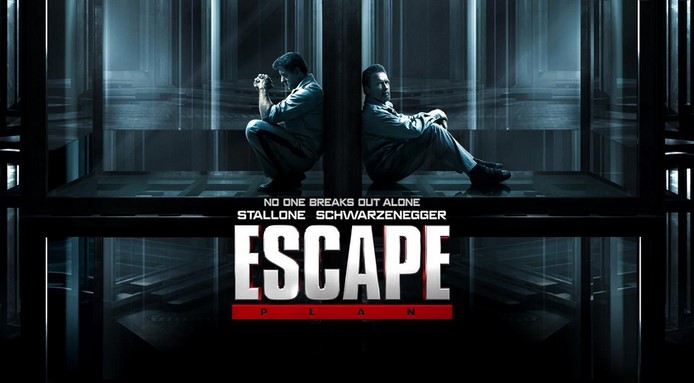 That this film was made during the eighties or early nineties of the last century was definitely a cinema blockbuster. The tandem of action legends Sylvester Stallone and Arnold Schwarzenegger with their specific chemistry and charisma carry the whole film and they were definitely the reason I approached this project with an open mind, although there was a fear that this was just a sequel to the Expendables franchise.

Ray Breslin (Stallone) is a respected security guard who visits hundreds of prisons as a secret prisoner and uses his abilities to escape from it. The next task takes him to maximum security prison run by Warden Hobbes (Jim Caviezel) and created according to Ray’s instructions. Ray teams up with a prisoner named Rothmeyer (Schwarzenegger), and together they start looking for holes in the prison system to escape, but Hobbes regularly monitors them and realizes who Ray really is. However, the title tandem must do their best to escape from there.

I have to admit that I’m not a big fan of such raw stories, actions and shootings, especially movies that were made recently and in which that zeal somehow “cooled down”. The more I deal with films, the more I pay attention to the little things that make up the plot, and this genre is regularly full of holes and shortcomings. The nostalgia I felt towards the two main actors, whose charisma still does not fade, made this project leave a better impression on me than I expected, which is certainly a big plus.

The screenplay was written by Miles Chapman, for whom this was, it can be said, the first real screenplay in his career. He took mostly the best things from popular movies and series whose plot takes place in prison and wrote a completely satisfying script that is worthy of an interesting thriller, despite a few omissions, holes and small half-turns that were simply not needed. The work behind the camera was entrusted to Mikael Håfström, who has the popular horror mystery 1408 behind him.

One should not spend too much words on the tandem of action legends. No matter how old I am, as someone who grew up on their films, I can almost always pay attention to them and respect the project they are working on, even though I am not a fan of action. I was very glad to see Jim Caviezel in a slightly more demanding role, and I will mention the still interesting Winnie Jones and rapper 50 Cent.

This film is absolutely nothing new in film cinematography nor does it have an unforgettable element that will make you watch it again, but if you are looking for a film to kill a boring afternoon and if you like action heroes in the lead roles, pay attention to this film.