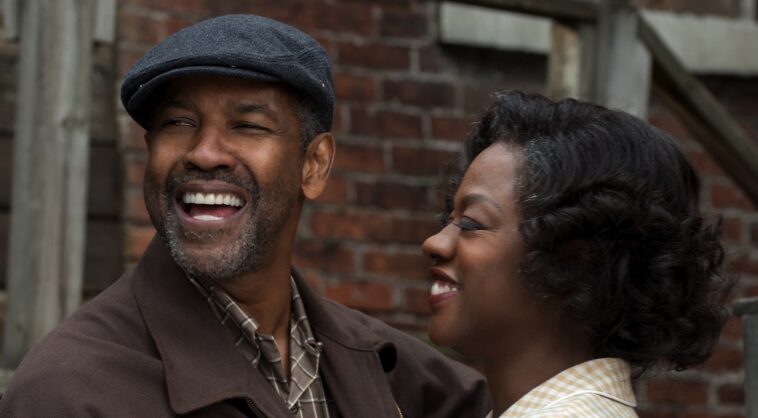 Denzel Washington is a proven actor, but few people know that this actor, as the years go by, is increasingly striving to become a director, and he is on the right track. This film is the best thing that has hit Denzel Washington in his career so far, by all parameters. Individuals do not share the enthusiasm for this film for various reasons, and the nuances certainly decide what kind of achievement it is, but I think that in the end we will all agree on one thing – that it is a good film.

Denzel interprets Troy, a hard-working but indignant man, once a great hope of baseball, who was not admitted to the professional league due to his skin color and who now leads a modest life as a garbage truck driver. He is married to the patient and loyal Rose (Viola Davis), who tries to support him and be his support in everything. Troy has a son from a previous marriage, and Rose and he have a son, Cory (John Adepo), who, unfortunately or fortunately, followed in his father’s former footsteps – he lives for baseball. Troy, taught by life experience, tries to direct his son in another direction, while he himself goes into a moral diversion that threatens to destroy his family.

This is not the first film Denzel has directed, previously signed by Antwone Fisher (2002) and The Great Debaters (2007). What all three films have in common is that he played the main roles in all of them and that all three are composed of strong dialogues, and especially monologues, more precisely – they mostly rely on the script itself. The same is the case with the film Fences, which may not have any action, but contains a great depiction of the psyche of one man and one time. Fences is actually a play by August Wilson, which Denzel has previously performed as many as 114 times on Broadway, and of course he knows the story to the core.

The film is not difficult to follow, but I think it will be a bit tedious for individuals to study the character that Denzel plays. It is broken down into cubes, actually like a puzzle, and with each new scene, story, monologue, the picture becomes more and more connected. Although no significant character other than black appears in the film, this is not a racist film or project that exploits African Americans, so that some may characterize it. The story of the film is set in such an environment and time and focuses on one man and one family, and they are simply black.

Denzel was again… Denzel. I don’t think he is able to act less, that is. acting on a weaker level. He passed the game a million times and we can always expect the best from him, which he provided in this film as well. He is much better to me as an antagonist, which in a way is Troy Maxon. His character is absolutely human – when all his principles, morals and all virtues collide with flaws that quietly waited and hoped for their moment, we get a new dimension of his character. He shows all his frustrations and all his bitterness wrapped in austerity towards everyone around him, and especially towards his sons, who are not taught to live but to survive. He doesn’t know better, and it remains a pity that he could have done better and he gets lost in that impotence, but his character is also best shown here. Indeed, it is a complex role of an ordinary person, but it is divided into simple factors and explained in the smallest details.

The Oscar for the supporting female role goes to Viola Davis. Believe me, there is no discussion. She was magnificent – emotional, convincing, consistent, her character is like that, loyal to the end, humble, honest. She did her best and I think she will be rewarded for her efforts. I was also thrilled by Mykelti Williamson as Troy’s brother Gabriel. He did great in the role of a limited mind, to put it so clumsily, and he broke film quarrels with his repetitions and was the center of attention.