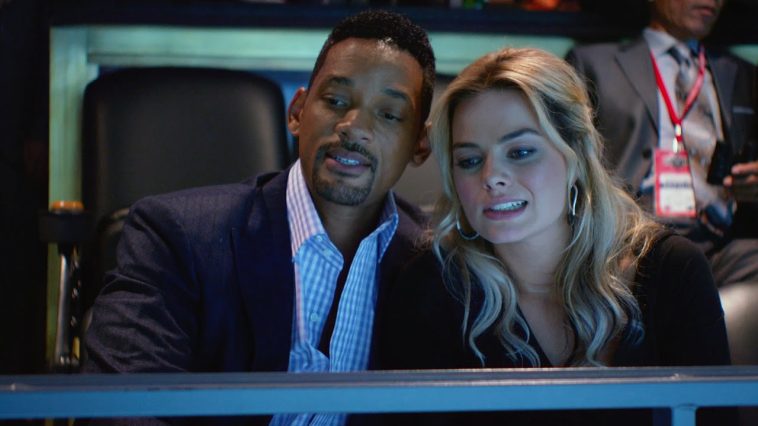 Two colleagues from the study of film art, Glenn Ficarra & John Requa, have long established close cooperation by working together on several projects. For the sake of illustration, just a reminder of the very entertaining comedy Crazy, Stupid, Love from 2011. The team that won does not need to change, so they continue to cooperate. Now they have dealt with the topic of fraud, carefully creating a well-known story about thieves and miserable victims. They introduce us to the world of lies and deception, to the places where the multitude of the rich world gathers, where the meeting place of ladies and gentlemen is full of pockets.

At the heart of the story is the top con man Niki (Will Smith), an exceptional connoisseur of human psychology, able to convince you of what he wants, and then to steal your money (or jewelry, maybe some high-tech gadget, it doesn’t matter), so perfidious , with style, with a disarming charm and a wide smile. Living on a high footing in luxury hotels will destiny bring him into a relationship with the young, blonde beauty Jess (Margot Robbie). She is just a beginner in the business, so to speak, still an amateur. When he gets closer to the folded leaf, he soon imposes himself as a diligent student, revealing an unprecedented talent to penetrate all the secrets of this craft. The business is booming, hunting is dripping from all sides, and the relationship between the mentor and the ward is slowly starting to grow into something more, into something like a fragile emotional connection…

The mixture of comedy, drama and thriller, with occasional action, is finely blended into an interesting narrative, thanks primarily to finely designed protagonists who live and work according to strictly established rules, with a developed team spirit and deeply ingrained discretionary code. They are characterized by cunning, insight, readiness to always and at all costs control the situation.

The rapid development of the plot, where the complex relationship between the two main actors occupies an important place, especially gained in intensity in the second part. No one is perfect and everyone has a weak point, it is skillfully used here as a leitmotif to nail the whole story to the boiling point. When emotions prevail in a cold-blooded, calculated manipulator, the question of trust begins to arise. This is where subjective affection somehow creeps in, and that is a sure path to ruin, because any recklessness is simply unacceptable in high-stakes games. All of this suggests to us how solid dramaturgy has been achieved that gives the necessary credibility to the narrative. In addition to that, the fact that a professional pickpocket worked with the actors on the sets, generously revealing a few tricks from his rich repertoire.

The abundance of unobtrusively packed humorous sequences give the story a special flavor, which fulfills the well-known Hollywood standard for such genre-profiled films: casual, sweet, not overly serious, all for easy casual entertainment. There is also a certain amount of chemistry between the two colleagues, of similar business provenance, and that is a reliable indicator of how acting is at a more than decent level. Will Smith accepted the challenge imposed on him by the given role of a charming deceiver, which undoubtedly requires a wide range of different behaviors and variable emotional tonality.

The sexy blonde from Australia, Margot Robbie, got along well with her more experienced colleague, although it is evident that irresistible charm and innate sex appeal are still her strongest trump cards that (at least so far) overshadow her acting skills. After all, it is not said in vain that beauty is sometimes a curse, and not just a gift from God (well, there is something in the genetic code). Of the supporting roles, Gerald McRaney is likable, because he revived the role of an unsurpassed fraudster. The guy is immune to any kind of tenderness, without a shred of sentimentality.

The lively camera largely manages to visually evoke the exclusive locations where it was filmed, giving us an inside look at the everyday life of lazy rich people. Not to be like everything is under control here, I will emphasize that at times the scenario is shaky because it relies too much on games of deception. Deliberately left ambiguities are tendentiously calculated to lead us astray, where it is not worth talking about any logic at all. Although, if we take a closer look, we realize that everything makes sense, even the ending itself, considering that it opens the door wide for new adventures of benevolent deceivers.

Either way, the basic intent is definitely realized because the story seduces us in an incredibly fun way. It manages to keep the focus of the viewers without any problems, for a little less than two hours, and that is a call that should not be rejected, right?