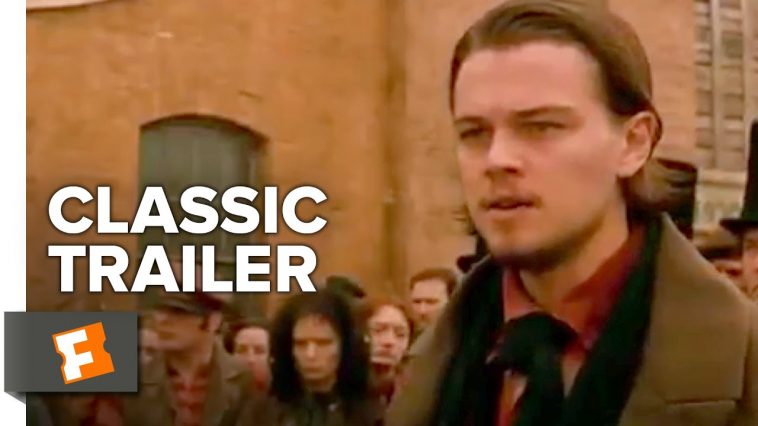 Martin Scorsese is a man who very rarely misses a movie. The average viewer might think that this historical drama is too much for work, but the director gathered a great team of professionals who managed to get the most out of the given script and their acting abilities. It is interesting that it took 30 years from the creation of the idea for this film to its realization.

The beginning of the film is set in 1846, in the New York neighborhood of Five Ponts, which is a new habitat for immigrants who arrive in New York Harbor every day. In the struggle for supremacy between the Irish tribe and the descendants of the people who created the independence of the United States, the leader of the Irish, the priest Valon, dies, and Billy Butcher Kating, a psychotic butcher who is connected to corrupt New York politicians, takes power. 16 years later, Amsterdam Valon, the priest’s son, returns to the city, who eventually gathers an army around himself in order to overthrow Butcher and return the rights that belong to them to the Irish.

The film, which lasts almost three hours, can be said to hold great attention. The plot is shaped in several ways so that the viewer would not be bored at any time. The film has a lot of scenes of violence and realistically shows life in the 19th century in the USA, when the civil war is raging, and when the vast majority of people are dissatisfied, especially workers and blacks, who are mobilizing en masse to go to war. The film opens the eyes of people who were convinced that all the inhabitants of the United States enthusiastically welcomed people who were immigrating en masse to the land that their grandfathers had bloodily liberated from British rule.

The director manages to connect the protagonists and the mainstream of the film with real events from that time. Everything fits perfectly: the emergence of street gangs, the corruption of politicians, the struggle for supremacy, the civil war, the settlement of immigrants and the problems they face as soon as they step on land. The city of New York is perfectly portrayed, raw and dirty, you can just feel the hot atmosphere in which lives and wallets are lost at the speed of blinking. Critics criticize certain events that have no historical support, such as the shooting of civilians or the bombing of ships.

The actors did a superb job. Daniel Day-Lewis provides a masterful role, and would probably have won an Oscar for the lead role had it not been for Adrien Brody in The Pianist. Leonardo DiCaprio simply flourishes under Scorsese’s baton, showing the masculinity he lacked in earlier films. Even Cameron Diaz delivers a great performance, leaving people wondering why he is looking for his talent in second-rate films.

What is amazing about this film is the 10 Oscar nominations, among which are the nominations for best director, screenplay, leading male role, music, sound and photography. What is even stranger is that the film failed to pick up any golden statues.

This film is surprisingly raw. It is not politically colored, there is no clear line between good and evil and there are too many scenes of violence, which is why critics did not place it among the masterpieces. I won’t say that this is a top film either, but I warmly recommend it to all true film lovers.