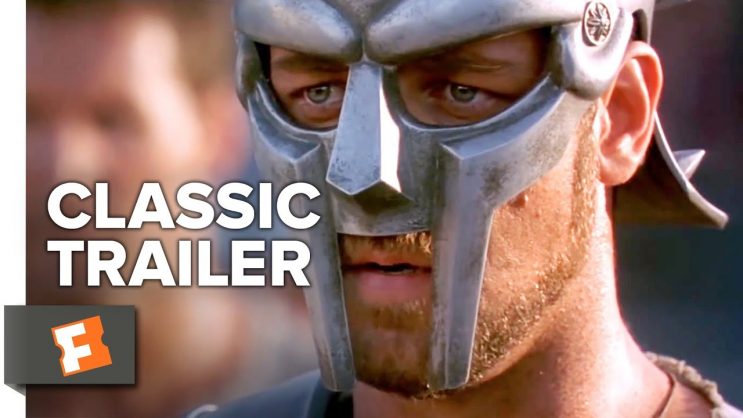 Ridley Scott has entrusted film cinematography, especially the science fiction genre, with his masterpieces Alien and Blade Runner, and his name will remain in capital letters. Known as a director who does not have a characteristic genre, he decided to screen an ancient spectacle, a genre that lost its popularity in the late 60’s.

The plot of the film is set in the second century of the new era, when the inhabitants of the Roman Empire live in prosperity and peace. Maximus, a faithful general of the Roman army, manages to expel the Germanic tribe that threatened to attack the northern borders. Marcus Aurelius, the aged emperor, insists that Maximinus be his successor and proclaim a republic. Maximus wants to return to his family and gives up, but the emperor’s son Commodus, offended by the fact that his father does not want him as his heir, accuses Maximus of treason, orders that his family be killed and his property burned. Maximus fails to save his family, is captured by slave hunters and becomes a fighter in arenas on the outskirts of the empire. With his talent and strength, he manages to progress and received an invitation to fight at the games organized by Commodus in Rome itself.

“Gladiator” has everything that ancient spectacles from the 1950s had – great historical landscapes, exotic places, dust that can be caught with your fingers, bright colors, a large number of extras. It does not deal with strictly historical facts, which enables an interesting and exciting story. The script seems quite simple, with the main themes of conspiracy and revenge, but by adding political intrigue, romance, human drama and excellent characterization, it makes the film never be boring.

The director has fully used the possibilities provided by modern technology. He worked on landscapes by computer, without the large panels used before, and replaced thousands of extras with computer duplication of characters. He brought the visual details to the maximum, he experimented with the camera, the scenography is realistic and a lot of attention was paid to the costumes and make-up. The film is accompanied by great sound and a great soundtrack.

Russel Crowe masterfully played the role of General Maximus, unobtrusively, yet complexly and efficiently, and he deservedly won the Oscar for Best Actor that year. He had great support in Joaquin Phoenix, who earned a nomination for Best Supporting Actor for his performance of the offended, neurotic Commode. Connie Nielsen did not excel in the role of Lucille, while actor Oliver Reed passed away during the filming and part of his role was performed by a double.

“Gladiator” is a great, efficient two-and-a-half-hour historical spectacle that brought innovations to the film industry and broke certain taboos. Its value is confirmed by as many as twelve Oscar nominations in all major categories. This is not a top film, but it lacks the little things to be, it is a must-read film and everyone should watch it.