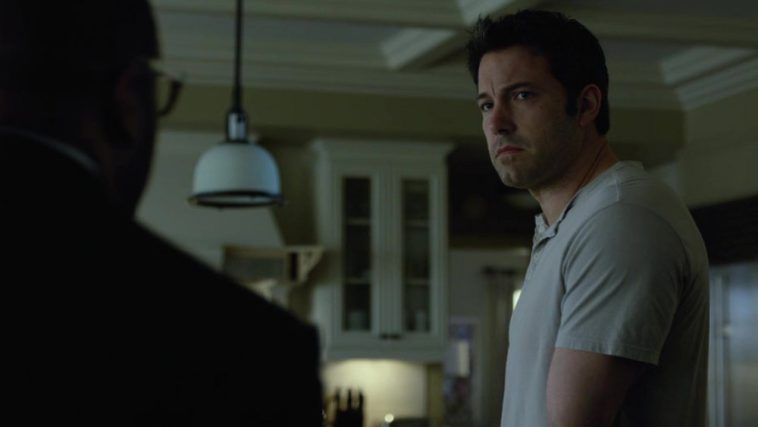 The film is based on the eponymous and very successful novel by Gillian Flynn, who also wrote the screenplay for the film. A solid cast led by Ben Affleck and Rosamund Pike was assembled. The story begins when, on the day of the wedding anniversary and after the morning ritual, Nick Dan (Affleck) returns to the house and finds chaos. Things are scattered, and there is no sign of his wife Amy (Pike). The case is reported to the police and an investigation is underway. Police are investigating the suspicion that the husband is guilty. In addition, Amy was the inspiration for the character Amazing Amy, from a popular children’s book written by her parents, so the media will soon be involved in the case. There is complete chaos, a media circus, and many secrets come to the surface.

The film, although in the thriller genre, where we have a disappearance, a possible murder, a mystery and a police investigation, is in fact much more than that. It talks about marriage and all its aspects, good and bad. About people who have been in a relationship for years and how they influence each other. He talks about today’s society, dependent on the media and pliable, about the media that make a spectacle out of everything, make chases or glorify someone, thus making heroes and victims. On that side, it is very layered and high quality.

I did not read the book according to which the film was made, and I based my impressions of the film exclusively on it. I said that I was looking forward to this title and hoped for a great return of Fincher. For many, he succeeded with this project, but for me, although he made a good film, he did not. I’ll start with the director himself. He technically directed the film perfectly. Everything is perfectly blended, there is no idling, everything is in the service of the film. The scenes flow flawlessly, the story slowly draws you in, holds you in and doesn’t let go until the very end. For such a thing, which few today can succeed, bow to the floor. Photography, editing, music, all great and in the service of film. So – technically perfect.

As for the actors, I must first point out Rosamund Pike, who probably played the role of life. Her character as a cold, calculated, brutal, ruthless and psychopathic woman will remain in the memory of many for a long time. Unfortunately, her partner, who, despite the mass spitting of many, still got ready, did not lie to me. Too somehow it was absent, unconvincing, nonchalant for a role like this. Maybe he was asked to do that, but I’m not happy with that. A small but good role, different for him, was played by Neil Patrick Harris and praise for him. The others did their job correctly.

Now that I have listed all this, how can I say that Fincher did not succeed. They say life is made of small things, just such small things decided that this film would be very good for me, but not great. First, a lot of things are predictable, and in that way it disrupts the mystery around which everything revolves. Some twists, instead of driving you crazy and shocking you, pass as lukewarmly as the transition to new minutes of film. Furthermore, some things are passed over easily or even naively, I mean a complete police investigation. Anyone who has ever watched two serious police films knows what I am talking about. I also found the FBI draw quite naive.

It took a long time to carefully build, plan and carry out the perfect crime, a lot of attention was paid to every detail in that plan, so that the second perfect crime could be conceived in a few minutes, implemented and fully justified before the authorities. I’m sorry, but that must not happen in a film like this with the listed qualities. We cannot do something valuable, complex and succeed in it, even though it is difficult, and we can mess up and cheat on some small simple things. The Titanic was relatively perfect, beautiful, proud, powerful, and it crashed on lifeboats and a much bigger catastrophe happened than would have been paid attention to, a small but extremely important thing, which was not important to the creators at the time.