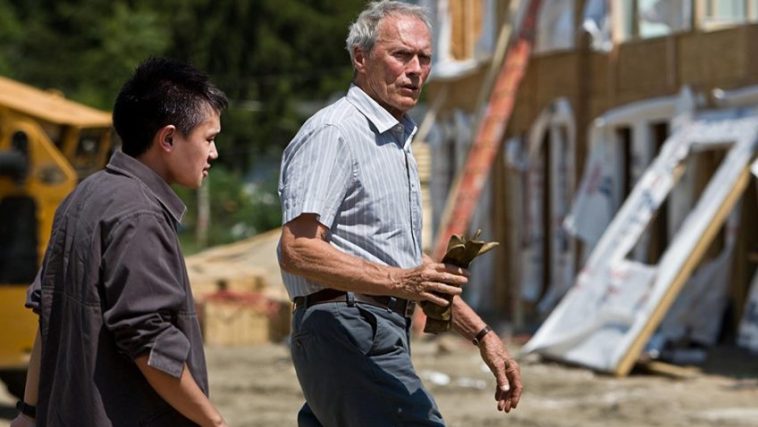 I thought, to be honest, that I needed to get into a special state to watch this movie. I have this problem with about a hundred, maybe more other titles – everyone is just standing and longing to be seen, and I’m waiting for some kind of mood to catch me in which I will like a certain film. It didn’t bother me, I pushed myself. And not only did I not make a mistake, not only did I not bother watching it, but I concluded that this film – I will say right away – needs very little to be perfect.

In fact, although adapted to the present and quite modified, we have a quasi-Shane story here: Walt Kowalski, a widower and veteran of the Korean War, played by the indestructible and still unusually vital Clint Eastwood, is the only American born to be a Pole. origin) in a neighborhood that is beginning to be inhabited en masse by immigrants. It is full of prejudices about members of other nationalities and races, which only ignites when an underage Asian named Tao (Bee Wang) is caught in the house next to him in an attempt to steal his beloved car (Ford’s model from the title, made in 1972). Although their acquaintance began in a not very wonderful way, little by little, Walt and Tao and his emigrant family develop a kind of friendship, which he seemingly rejects, although he realizes that he has more in common with this group of people than his own sons. who just want to get rid of it.

Tao is forced to be the head of the family in his father’s absence, although his sister Su, an open and intelligent girl, unofficially plays the role. An additional problem is his distant cousin who is constantly trying to recruit him for his gang and who is one of the ugliest and most irritating creatures I have ever seen, and as such is, of course, perfect for the role he plays.

The director brings us a colorful America, in which the boundaries between people of different, but also the same nationalities are clearly drawn; in this film, more than in any other, the heterogeneity of the demographics of the United States is expressed – Walt is Polish, neighbors are from Asia, a priest is… I’m not sure what, but there are several options, Walt’s hairdresser is Italian, and police officers are either blacks, or Asians. The script is full of derogatory names for national minorities – not five minutes pass without gooks, spooks, charlies, micks or beaners. So freely we can say that this is a real American film because, after all, the USA is the supreme refuge of immigrants.

It is not clear to me how Uncle Clint managed to keep the threatening appearance of Harry Callahan, even at the age of four-fifths, but – the man is crazy. I admire him, truly. Such an attitude, a tricky voice, the same look that made him famous, everything is still there. Eastwood is the main bearer of the film. I don’t know how the rest of the team is gathered, whether it’s a bunch of naturalists who share real-life experiences with the characters they play (because that’s how it works, at least for me), but there are very few actors in this film who seem convincing. Yet Mr. Callahan surpasses them all, in his appearance, his talent, and, of course, the unmistakable eye of the director. The actor who plays Tao is, by today’s standards, unusually bad, and he can’t help but sting the eye. And yet, despite that, we sympathize with that character (to some extent, though), so we can’t lower the film’s rating due to its poor performance. If certain characters had contributed more to the final picture, this film would probably have received the highest possible rating.

This movie kept me from beginning to end, made me laugh a few dozen times (which is hard for movies that try to be funny, although this one sometimes, although very rarely, misses a joke and shoots in vain) and left a warm feeling in stomach. Immensely fun, nicely rounded, almost perfect surprise from the movie.