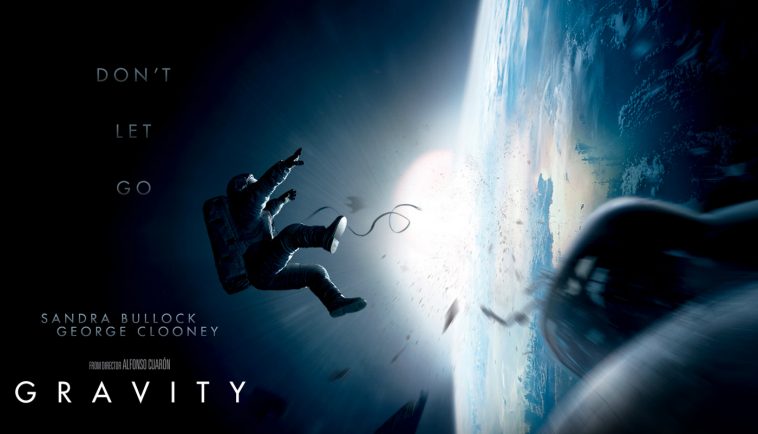 If we have to single out one film that marked 2013, a large number of film lovers would definitely single out this top sci-fi spectacle by Mexican director and screenwriter Alfonso Cuarón. What sets it apart from other sci-fi projects is that it is completely perfect in terms of technical aspects, while, unfortunately, in terms of screenplays, it has remained in the middle category, which is so characteristic of films in this genre made in the last few years.

The plot of the entire film can almost fit into one sentence. At the very beginning, we meet a tandem of astronauts, Dr. Ryan Stone, for whom this is his debut mission in space, and Matt Kowalski, who ends up flying into space after this mission. Their working stay in open space is abruptly interrupted when they are hit by numerous parts of a blown up Russian satellite that fly at a speed of several tens of thousands of kilometers per hour. After the first wave that hits their ship and the telescope on which they worked, the two of them remain the only survivors of the mission, and in addition to the interrupted communications with the Earth, they do their best to somehow return to it.

After watching it, it is impossible to get rid of one impression – this is technically one of the most perfect films ever made in the history of cinema. Alfonso Cuarón’s masterful direction, with numerous scenes lasting several minutes without a cut, top editing, special effects, animation, sound, all together gives an impressive impression that quite realistically represents the location where the action takes place. By skillfully adding musical sections, which are occasionally tense and occasionally calming, as well as the frequent change of loud sounds and complete silence, the director simply moves us into space and we feel as if we are there.

Unfortunately, this project has a rather poor script that fans of slightly more demanding films will definitely not be satisfied with. The fact is that this genre does not require a masterpiece from the script, but certain characteristics more or less cast a shadow on the quality of the project. In addition to the scanty work that comes down to the instinct for survival and not the best elaboration of the characters, the project is characterized by a large number of scenes that serve nothing but showing a superior visual experience, ie. they represent a pure purchase of time, as well as scenes that possess a lot of clichés.

One of the good features of the film is the selection of two Oscar winners for the title roles. Sandra Bullock really dominates the screen, although at times she can irritate with her exaggerated moans, sighs and panic. Opposite her is George Clooney, who is the exact opposite in terms of the characteristics of his character – he is calm, cold-blooded and does not panic even in situations that affect his life. It is in this divergence that the director tries to present the rucksack in a task and the old master whose experience means a lot in every situation.

“Gravity” is a superior audio-visual experience that still has a rather poor story. I recommend everyone to take ninety minutes of their life and watch this truly unique film.