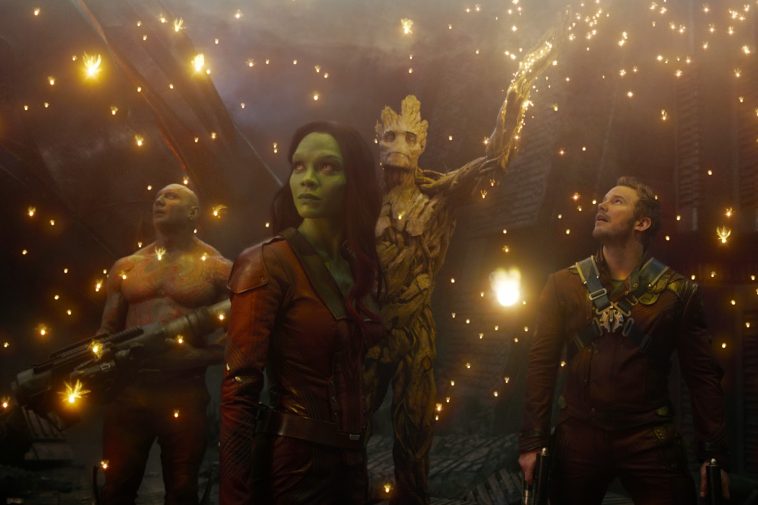 Even as a child, only aware of the art of film, as much as a child can be aware of it at the age of only 4-5, I fell in love with the world of fantasy, that is. A genre that deals with unusual, imaginative worlds and the beings that inhabit it. I watched, like most of my friends, actions, westerns, comedies, but my love was born and remained in fantasy. That’s how fairy tales, epic fiction, science fiction, adventures, and later a little bit of horror, and I enjoyed them endlessly. In addition to many titles such as Planet of the Apes, Star Trek and others, the greatest love was Star Wars, watched countless times and each time without distinction they provided pure pleasure.

Years and years have passed since then, and I have been looking for something like that that will at least partially restore that feeling of childlike happiness and satisfaction with some unusual and unusual adventure. Then came the Lord of the Rings and no one was happier than me, but again, there was no space adventure I wanted. Then everything changed, with one film from which I did not expect anything too much. It’s the Guardians of the Galaxy.

In recent years, probably caused by the crisis of ideological creativity in the film industry, the film machinery has turned to another, printed on paper, the machinery of comics and superheroes. That’s how the invasion of movies from Marvel and DC started, with various superheroes, heroes of our childhood, such as Superman, Batman, Spider-Man, Captain America, Iron Man, Thor, Hulk. I followed all those heroes through comics, and when the conditions were created for them to be shown well on the screen, there was no end to the happiness and I must admit that I am very satisfied with how they performed it. Although as a kid and teenager I enjoyed reading comics and had an enviable collection, Marvel’s Guardians of the Galaxy, I have to admit I didn’t read or know anything about it.

It was done by Marvel in cooperation with Walt Disney, and a huge budget of over 170 million dollars was set aside for the film. An exceptional cast was assembled, and the direction and screenplay were signed by the not-so-famous James Gunn. He has made several films both as a director and as a screenwriter, of which perhaps the most famous are Scooby Doo 2 and Dawn of the Dead. Maybe two studios took a little risk with putting such a budget in the hands of a not so experienced and well-known director, but the risk paid off because the film earned over 750 million dollars worldwide.

The story revolves around a mysterious sphere that many want for various reasons. The first to enter the sphere is the young Peter Pratt, who still calls himself the Star Lord. However, as soon as he came into her possession, the soldiers of Ronan (Lee Pace), a cruel and mysterious tyrant, who wants to destroy the New Kingdom, appear. Peter manages to escape, but the soldiers follow him. Jonda Udonta (Michael Rooker), the leader of the space pirates to whom Peter also belongs, and whom he wanted to deceive, also joins the game, so they are on his heels. In addition to Peter, the unusual duo Rokit (Bradley Cooper), an incredible experiment of several life forms, which looks like a talking raccoon, and Grut (Vin Diesel), a humanoid tree of incredible power and strength, who only knows how to say I am Groot.

Their motives are to catch Peter because of the reward that was announced for him, but that is not the end of those who want to get Peter and the sphere. Ronan sends Peter a killing machine in the form of a beautiful and enchanting, and green, but literally green Gamora (Zoe Saldana). Different motives, desires, secrets and circumstances unite this group of weirdos (Peter, Gamora, Rokit and Grut) together, and they are joined by another weirdo Drex (Dave Bautista). Their further mutual friendship will lead them to an incredible and unimaginably dangerous adventure, which could mean their death.

The first thing I have to praise is director and screenwriter James Gunn. The man did an amazing job of making a real blockbuster that keeps you pinned to the screen for two hours, without any unnecessary things and idling. Simply, as the movie begins it draws you little by little into the story and you just look for more. Technically executed perfectly, with impressive effects, beautiful photography and depictions of planets and space. The characters and masks are amazing and colorful. A special story is music. These are famous pop things of the 80’s that, when you look at them today, somehow don’t go with a movie like this. However, they also go and give a special touch to this ingenious achievement.

In addition to all these forces, the cast is the force that carries this film, as well as the well-developed characters who play. Chris Pratt, who may have been an unexpected choice for the title role of such a big project, denied us all because he played a great role and introduced us to the character of Peter Quill, who delighted me and reminded me of my favorite character Han Solo. Zoe Saldana as Gamora, the green hairdresser and beauty, is also great. Dave Bautista as Drax is great and I hope we will see him in more movies. Both Zoe and Dave gave their characters a soul and, like Chris, just made you believe them.

Although it is a fantasy, you simply see them as those characters who play and believe that it is really them. What to say about Rokita and Gruta. I haven’t seen such an unusual, strange and wacky duo of characters like this one in a long time, and I haven’t fallen in love with any character for many years as Gruta. You just can’t resist them. The other actors are also very convincing in the roles they play and together with this main one they make the incredible power of the film.

In the end, I want to add that in addition to all the above, directing, music, effects, actors, stories, what this film will leave in my memory forever is that it brought me back to my childhood and gave me a feeling of great satisfaction, like watching some of the best movies of my life. Along with that goes the endless fun of this film and the humor that simply flows through the entire film and, even though you watch great fights, action, explosions, the smile doesn’t come out of your mouth even after the end of the film. This is what I ask of films like this, to give you an unforgettable and fun ride that you will always remember.