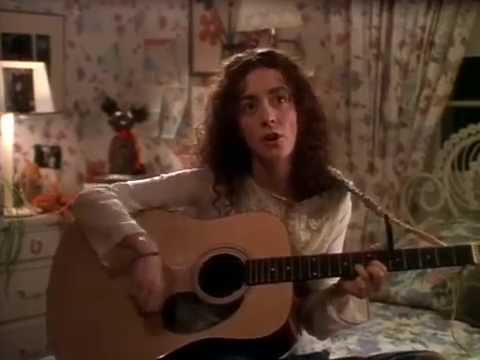 Among the films on the lists of disturbing projects is often this work by director and screenwriter Todd Solondz, which differs from the rest of the list in that there are no explicit scenes of violence and sex. What makes it so disturbing is the fact that the director deals with characters who can be closely related to a large number of people across modern America, who live a monotonous life and seem happy, and almost every one of them hides some great secret.

The film consists of several stories that are interconnected. Joey Jordan is a middle-aged settler who lives alone and desperately wants a relationship with a decent guy. Her parents are divorcing, while her two sisters live a different life than her. Helen is a successful modern woman who easily attracts men, while Trish is happily married to psychotherapist Bill. Although each of them pretends to be lucky, they are very unhappy deep down and are desperately trying to cope with it.

To people in the American middle class, it looks the same every day. Work, house, sleep, some games on the weekends, while the lazy housewives are interested in gossip and intrigue. It is in such a society that taboos are best hidden, because even the smallest detail that makes someone different is easy to notice and must be effectively hidden. Solonc chose a great environment as a support for his film, and the topic he deals with easily upsets the viewer, creating the impression that our neighbors, no matter how polished, are hidden pedophiles and rapists.

What gives a big plus to the whole project is the great characterization. Each character is portrayed with the deepest thoughts and feelings, so that the impression of persuasiveness and truthfulness is easily created and the dark side of human nature is effectively portrayed. In addition, in addition to great dialogues, the film is permeated with good black humor, which is carefully used exactly where we are and should be used. The director’s ability to combine seemingly incompatible, brutal themes with comic sentences, as well as dialogues that alternately change comic and tragic directions, is noticeable.

The cast is great and the casting is great. I wouldn’t overemphasize the actors because they all really shared the work evenly, but I have to single out one of my favorite actors, Philip Seymour Hoffman, as well as the brilliant Dylan Baker, whose performance and character he plays is one of the main reasons for discomfort in the stomach while watching a movie.

This movie is definitely not for everyone, but I recommend it to everyone. The top combination of unusual themes, black humor, great acting, great script and Solonc’s masterful ability to combine the incompatible makes this project special.