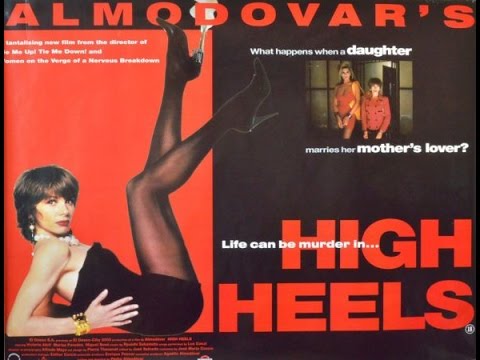 We have already written about one of Almodóvar’s films, the most recent from 2011 – the horror thriller drama – The Skin I Live In. This time I decided to review this film, his ID card, in my opinion. The film is from 1991, purely to compare the time quality of this filmmaker’s creation. There is not much to say, except that his age can’t do anything to him and he is even better with them.

The main character of the story is Rebecca, the host of the national daily, a woman whose mother is one of the most popular Spanish singers. Her mother announces her arrival, she can’t wait to see her, because she hasn’t seen her in 15 years. As a child, Rebecca was often neglected and neglected by her mother because of her career and she missed her love all her life. He hopes to finally smooth the relationship when they see each other. Becky del Paramo finally returns to his native Spain after many years of living in Mexico, with a strong desire to see his daughter. However, nothing will go as desired. It first gets complicated when Becky sees that Rebecca’s husband, Manuel, is actually her ex-lover. Later, a new surprise happens, Manuel falls in love with Becky again and wants to divorce her daughter. In the end, Manuel is killed, and the investigation is led by a certain judge Dominguez, who leads a double life, works at night in a bar as a transvestite singer, and especially adores Becky and sings only her songs at performances.

Like any of his films, this film is full of colorful and well-known Almodovar’s eccentric film spices – mixed themes (I would rather say creativity): starting from the very visualization of the film with strong colors, great music to unusual and strangely connected characters, in a way defective persons (some mental illness), the most complicated interpersonal relationships. The very core of Pedro Almodovar’s work may be presented in this film, because the film is a comedy, drama, crime thriller and love story – all in one.

The roles are well distributed. Rebecca is played by the great Victoria Abril, Pedro’s muse. She masterfully acted out her obsession and desire for her mother, and Marisa Paredes is also great, otherwise my favorite, who is very convincing in the role of Betty. I would like to point out another handsome Miguel Bosé.

The sound of high heels on the asphalt is associated with femininity, seduction, sexiness. Almodovar experienced this sound much deeper and more symbolically – as a race of life on heels. That is why, in the end, he made this film, for which he also wrote the script himself. This is certainly not Almodovar’s most serious project, but it is certainly the most resonant for me, along with the film – Atame !, so I consider this project an ID card of a respected director that everyone who appreciates his work must look at.