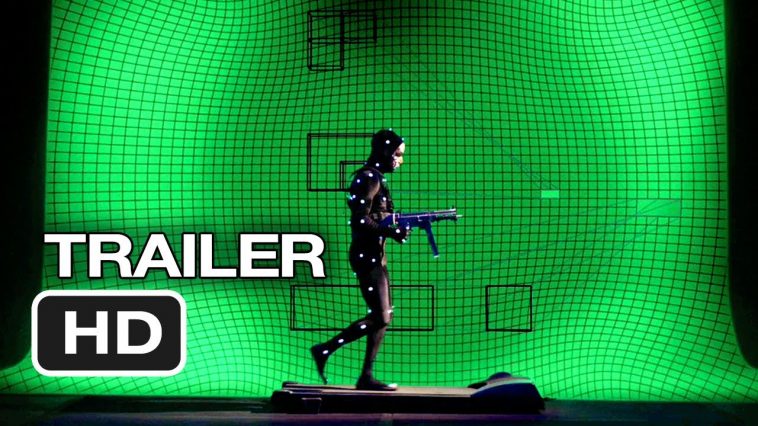 Holy Motors is definitely one of the weirder, more bizarre and more complex films that appeared not only in 2012, but also in this century. Leos Carax’s new film is a spectacular carousel emotion that spins absurd physical humor and the painful tenderness of discovering intimacy in a circular and bizarre daily routine.

The story of the film is very original and unusual. Mr. Oscar (Denis Lavant) is a mysterious person, who drives around Paris from dawn to dusk and disembarks at certain times in, as we can conclude, standard places, in order to meet certain scheduled meetings. These meetings, which Mr. Oscar and his driver comment on as the most banal corporate rallies, are sequences on Mr. Oscar’s day where at each of these intervals the protagonist becomes a completely different person and under the full mask and incredibly intense physical transformation, lives the life of a fictional individual. with the utmost devotion.

Holy Motors, while not giving any meaning in the conventional sense of the word, deals with what it means for an actor to be an actor. This film raises questions that make us think about whether we are all actually acting something and presenting ourselves as someone and something we are not and how much we are actually affected by that particular role we play. Holy Motors explores the themes of music, sex, despair, madness and, of course, death through nine dreamy roles played by the protagonist.

In my opinion, the key thing to enjoying this film is to approach it with as little foreknowledge as possible. What makes Holy Motors so special is that it is absolutely unpredictable and spontaneous. Based on its bizarre mix of genres and depictions, for which it is not possible to clearly assess whether they are surreal or real, the Carax project will keep the audience in suspense. This will, at the same time and completely, dominate their attention.

Danny Lavon is a fantastic actor, with exceptional power of transformation, and throughout the entire duration of the film, the director masterfully exploits it. Carax, a filmmaker with a reputation for loving to push boundaries and pull to the extreme, once again beautifully shot his new unusual and very original screenplay, shaping it with beautiful shots, intense colors and masterful acting performances.

Holy Motors is an absurd and unbridled film, which with its wild imagination and unpredictable narrative strives to extract the most intense emotions from the audience – a film that made me reconsider many topics in my life, even cinema and acting as a profession and lifestyle. The now famous accordion scene is the best I’ve seen in a movie.

Carax’s new film is definitely not intended for a wider audience and those who strive for coherent and chewed logical messages. I don’t recommend this movie to everyone, because I’m sure most people won’t get what they expect from it. Holy Motors is a breath of fresh air in so much now monotonous industry and for me it is absolutely considered one of the most original and highest quality films I have seen so far.