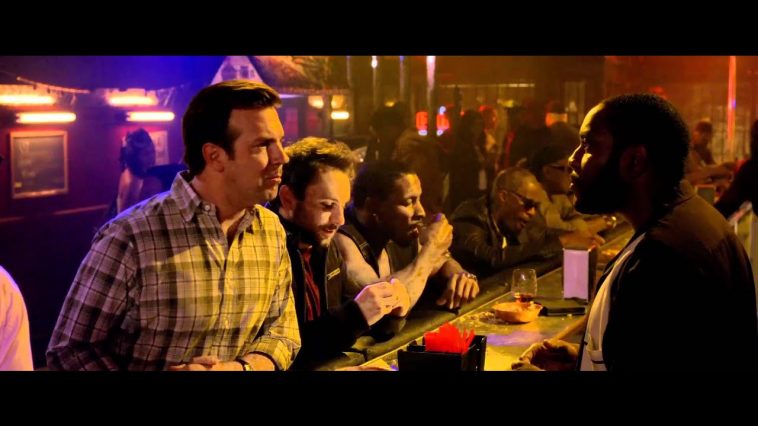 The advantage of bad expectations from comedy is that even the slightest curiosity or a good scene manages to lift the viewer. It is rare, especially in the last few years, for comedy to fully meet expectations and provide something more than disinterested sitting in front of a screen and the occasional giggle. This film has completely succeeded in being different and rises in a sea of grayness and nonsense.

At the beginning of the film, we meet a trio of frustrated workers consisting of Nick, Thomas and Kurt. Nick is under pressure from his boss, the egocentric sadist Mr. Harken, who mobbs him at work by making too high demands and punishing him for every little thing. Dale has a problem with boss Julia, who is a nymphomaniac and sexually abuses him at work, taking advantage of the fact that Dale, as a sex offender, cannot easily find a job. Kurt is happy with his job, but things suddenly get worse when his boss dies and leaves the job to his son, psychopath Bobby Pelit. Since everyone has good reasons not to resign, the threesome hypothetically starts a conversation about how to get rid of their bosses during one drunken night and soon contact a professional killer to help them.

Director Seth Gordon, a man who specializes in making comedies, has applied in this film what most film lovers know, gather a great team of actors, give them a good script and you will get a great film. The screenwriters brilliantly connect terms that are not very popular in comedies, such as murder, car chases and blackmail, and with a series of comic, chaotic situations, interesting unfolding and with a lot of unexpected twists, they create a script that is at least one scene in front of the viewer. there is no way to recognize what will happen next.

Although it is impossible to get rid of clichés in modern high-budget films, it must be admitted that they have been reduced to a reasonable extent here. What is noticeable is that the film is full of vulgarisms, but, given the circumstances in which the film takes place, it is quite understandable and only gives a plus to reality.

The cast is masterful and is fully credited for making the film work great. Kevin Spacey, as a proven master of playing sadists, is excellent in the role of Harken’s manipulator. Jennifer Aniston brings a positive change and, unlike her standard films in which she plays a grieving, abandoned girl, this time she holds all the strings in her hands and represents authority. Colin Farrell shows his talent with the top acting of psychopath Bobby. The trio that garnered so much sympathy that viewers wished the three of them succeeded in their dishonorable intentions were made up of three acclaimed comedians, Jason Bateman, Charlie Day and Jason Sudeikis. Of the other actors, I single out Jamie Foxx, in the role of a bar suspect.

“Horrible Bosses” is a real refreshment among the comedies that have been released in the last few years. The key segment of a successful film is unpredictability, and there is a lot of that in this case. The combination of black humor, action, great acting and a great script make a film that every comedy fan should watch.