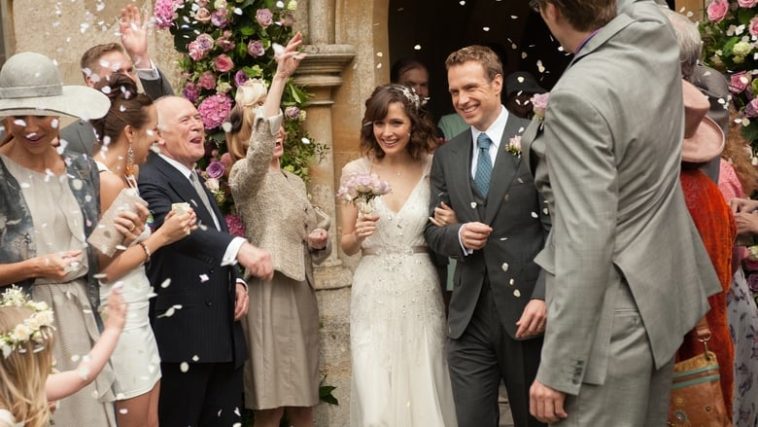 After a short party, overwhelmed with fear, Net (Rose Byrne) and Josh (Rafe Spall) decide to get married. This decision surprised everyone, starting with their parents, close friends, work colleagues. Even the priest is skeptical about the perspective and, above all, the longevity of this marriage. Despite the obvious differences in character, mentality, behavior, and even the outlook on life, the two lovers embark on an adventure. The plot begins when Chloe (Anna Faris), Josh’s love from her younger days, intervenes in their lives, during the wedding ceremony itself.

As soon as she returned to her usual work activities, the romantic Net will meet a charming American businessman. Mr. Guy (Simon Baker) is Neta’s new employer, but at the same time a great temptation that threatens to lead her to sweet sin. Spouses will face challenges that can easily disrupt the seemingly established harmony of living together. Will he be on the level, able to resist the charms of adultery and celebrate the first anniversary of marriage…

It is fair to say that the director played on a safe card, because he took a topic that has already been covered a million times in numerous comedies. Okay, there are a couple of finesse here that left a favorable impression, because they seem a bit refreshing. The idea of ​​making a quadrangle served as a fertile ground for typical British humor, which ultimately resulted in several hilarious, even hilarious sequences. It is certain that this kind of humor will not suit everyone, because there are also politically incorrect outbursts (illustrations are mentioned in the mentioned scene in the parents’ home, where memories from summer vacations are evoked in a very explicit way).

It is pleasing that the action develops quickly, has the necessary dynamics and achieves the basic purpose. With more or less success, he provides easy entertainment, and occasionally he manages to make us smile very sweetly.

With an interesting narrative, suggestive acting came to full expression. I am of the opinion that the main merits belong to a well-done casting. The irresistibly charming Rose Bern proved once again that comedy is extremely suitable for her. That confused facial expression (very beautiful face, I would add), with occasional grimaces, along with innate eloquence, greatly helps her to perform an effective comedic performance, which certainly meets the requirements of established genre conventions. A few more notable protagonists of this sweet-and-shiny comedy deserve praise. Simon Baker is great as a rich connoisseur who knows how to get what he wants (the scene of courting a violinist and a white dove is total chaos) and I am convinced that he left a striking impression on the female part of the audience.

Ana Faris tried to impose herself with a different role, at least in relation to what we are used to from her, but the question is how much she really succeeded in that. The character of Chloe is definitely the least exploited in the mentioned quadrangle, so it is a real pity that she was not given more trust by the author of this comedy. Rafe Spol obviously failed, because it is evident in every shot that he lacks comedic skills. Of the supporting roles, I must certainly mention the groom’s godfather Danny, since when Stephen Merchant created a totally hilarious character who leaves absolutely no one indifferent.

Music, camera, photography are not worth a special comment, because they are completely subordinate to the concept of the story. They serve as a mandatory tool for obtaining the final product, of sufficient quality to attract the significant attention of fans of the genre. Regardless of the fact that tastes differ, which is a very stretchable sense of humor, I am still convinced that I Give It a Year will meet the expectations of most film lovers, because there are a number of bright moments that deserve more than a passing grade.