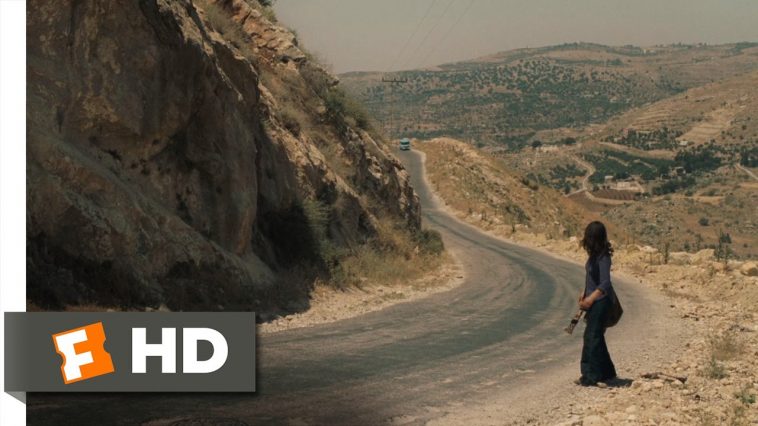 This project by popular Canadian director Denis Villeneuve, who specializes in making films on the subject of human drama, was nominated for an Oscar in 2009 in the category of best foreign films. The award was then taken by the Danish representative In Better World, but a large number of people complained that the award did not go into the hands of this Canadian achievement.

The beginning of the film shows twins Gene (Mélissa Désormeaux-Poulin) and Simon Marvan (Maxim Gaudette) reading the will of their mother Naval (Lubna Azabal). The will is full of unusual bizarre instructions, starting from a detailed explanation of the funeral procedures, to an explicit order to look for a father and brother whom they did not even know existed. The search for them leads them to the region of the Middle East, where the civil war raged until recently. There they discover more and more details about their mother and her life, they realize that they knew absolutely nothing about her and that their relationship was full of secrets…

This is a very moving story about the devastating consequences of war, terrible conflicts and the tragically intertwined destinies of many people. The play on this topic has been on the repertoire of the theater in Montreal for a long time, and the right move is to transfer the story to the big screen. What is noticeable is that at no time is the name of the country in which the action takes place mentioned, although on the occasion of historical events, it was concluded that it is still Lebanon. Most places, as well as the city of Daresh, are fictional.

The script is great, full of twists and turns. The plot is intertwined so that segments of Simona’s search are alternately displayed, ie. visits to certain locations, and immediately afterwards the shop goes back ten years, like a flashback, and shows Naval spending time in those same locations. Thus, there is an effective insight into Naval’s life, as well as Simon’s approach to discovering the truth. Ethnic and religious conflicts, blood feuds, crimes of honor and the difficult position of women in these conditions are explicitly presented. It is safe to say that the film calls for reason, forgiveness and mutual respect. From the technical side, the whole project was done as well as possible and exudes professionalism, even though it has a small budget. It is full of picturesque landscapes and landscapes with war scars.

Acting is the highlight of the project itself. Belgian Lubna Azabal provides a performance worthy of all respect and shows a brave and strong woman who does not allow all the terror she experienced in the war to discourage and morally destroy her, even though the psychological consequences are present. With a clearly expressed maternal instinct, she realizes that she will not have peace in the other world either, unless she leaves it to her twins to find her firstborn son. All the other characters consist of relative anonymous people who act well, leave a real impression and the whole film therefore has a great touch of authenticity and persuasiveness, as if it were an autobiographical work.

Incendies is a great emotional study on the topic of the consequences of war and the fact that they are permanent, indelible and timeless – a film that leaves the impression that it is thought of for days after watching and that everyone experiences it in their own way.