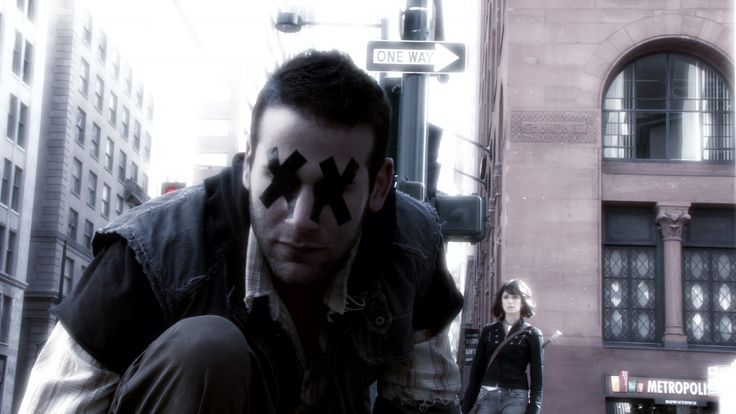 Modern films often do not have the courage to build their own identity and present to the public something completely new. Most directors and screenwriters play it safe. Mainly due to the pressure of studies, a large number of works take their basis from already existing works of literature and earlier cinematography. They know that it is a stable path to earnings, which is the main goal, while the artistic side and innovation are in the background. In such conditions, independent production can offer a good alternative, and a great example of that is Ink. American director, screenwriter and composer Jamin Winans managed to make a film with a budget of only 250,000 dollars, which copes equally with many high-budget achievements, and in some aspects even surpasses them.

The basis of the story is the conflict of two factions of beings that exist in another plane of reality and are fighting for human souls. On the one hand, there are warriors called Storytellers who bring us dreams and protect us from the other side, the evil Incubus (Incubi) who bring nightmares. In addition to these two groups, there are also wanderers, who move through the worlds, but do not belong entirely to either side. One evening, a wandering Ink kidnaps the soul of a girl named Emma, ​​after which her body remains in a coma. The narrative is not completely linear, because in addition to the Storyteller’s pursuit of the Inca, the story also touches on segments of the “real” world, and the misfortune of Emma’s family in it.

The visual style of this film may be reminiscent of Dark City and, to a lesser extent, the work of Terry Gilliam, but it nevertheless retains a specific experience that is rare. The filter used for the different worlds in which the heroes move perfectly conveys the changes in relation to the objective reality and the states of consciousness that they experience. The effects do not at any time give the impression of a film with a small budget, and the choice of locations and costumes is a feast for the eyes.

This achievement also contains scenes of struggle with choreographies that many, far more sonorous titles would not be ashamed of. Weaknesses in acting can be noticed in some places, but not to the extent that would really bother and distract from the plot. The musical background is subtle and follows the tempo of the action well.

After several festival screenings (and one award in Cancun), no major studio took over this film, so it did not enter a large number of cinemas and the distribution was reduced to a DVD release. However, piracy, which is considered a bad thing in the industry, has contributed to the wider popularity of this achievement. About half a million users downloaded the film from the Internet in just one week, which led to good sales of DVD and blu-ray releases and created a large fan base.

Ink is proof that creativity still exists in modern film, which was taken over by blockbusters with budgets of several hundred million dollars, and that originality will always stand out in such competition. This action fantasy with elements of drama deserves your attention and, although it is not technically perfect, it will reward your attention with an unforgettable experience.