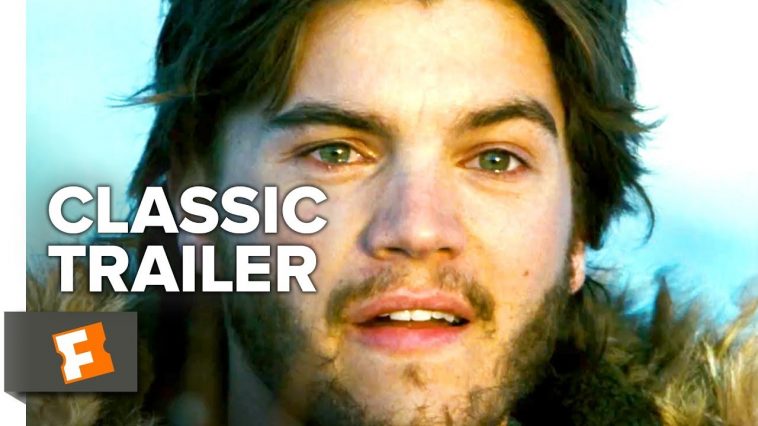 Among the projects that stand out for creating the motivation of the viewer to start, to do something new and possibly turn something in their life, this film from 2007, directed and written by Sean Penn, definitely stands out. . This is a beautiful story about a young man who, for the sake of his ideals and worldview, decided to change his life radically, and the whole project gained strength with the fact that it was made on the basis of a true story.

Christopher McCandles is a withdrawn young man, an excellent student and a great athlete, who after a series of unpleasant events related to his family decides to leave everything to himself and set off into the white world without material means, in search of spiritual satisfaction and fulfillment. He donates all of his $ 24,000 savings to charity, writes a farewell letter and heads to Alaska. Along the way, he passes through various, picturesque landscapes of the American continent and meets many interesting people who share a similar philosophy.

The main character is a historical figure whose life journey was collected and written by John Krakauer, the author of the novel on the basis of which the screenplay was written. Christopher himself was a brilliant young man, with excellent results during his studies, good-natured, kind, self-confident and positive, with his principles and extremely sincere intentions. His idea is that the world is generally a positive and unspoiled place. He sees all people as positive characters and is open to them. He is wiser than most of his peers, he has great intellectual strength, but he still feels a dose of weakness due to the lack of love on the part of his family. That is why he seeks some kind of consolation in the wilderness, a place that promises him happiness without the need for contact with people.

On the other hand, the hero himself is reproached for his reckless attitude towards his parents, who did not deserve a phone call in which he would inform them of his plans and wishes. Individuals see him as a spoiled, unlived misanthrope, with a boyish philosophy and motives. This is supported by the fact that he did not allow himself to get too close to the people he met on the trip, as well as the fact that he made extremely ill-considered decisions concerning his safety.

As for the technical side, I really have no objections to it. Visually, it looks beautiful, it has numerous depictions of picturesque landscapes, natural beauties and various animals. The direction is good, it is excellently edited and the whole project is accompanied by a great sound with a completely coherent soundtrack.

The whole cast did a great job. The focus is on the great young actor Emile Hirsch, who provides a performance worthy of better and more experienced colleagues. He completely dedicated himself to the role, he even lost a large number of kilograms during the filming. He is accompanied by Oscar winner Marcia Gaj Harden in the role of Chris’s mother, as well as Catherine Keener in the role of a hippie wanderer. I would also mention the always interesting Vince Vaughn, while the time-honored Hal Holbrook deserved an Oscar nomination for a supporting male role.

Whatever you think about the main character, this project deserves your attention. You may not be interested in the philosophy of the young adventurer himself, but the fact that he was so young was ready to turn the world around him is to be respected. A beautiful, sad and touching film definitely worth watching.