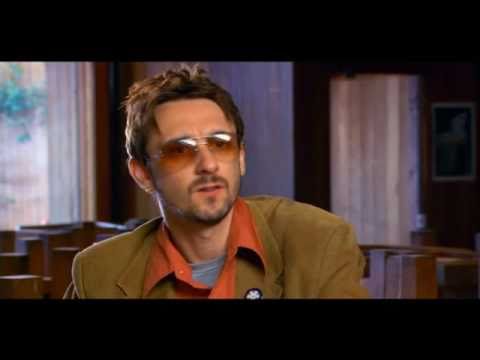 Documentary is a film genre reminiscent of a documentary about an individual or a group of people, the only difference is the fact that that person or those people never existed. Some directors eventually found inspiration for the film in an anonymous man, but they brought a lot of fictional things into the project itself. One such film is this comic drama directed and written by Michael Dawes.

The plot follows Frankie Wilde, a superstar of the world DJ scene who lives and works in Ibiza. He has a lot of money, the audience loves him, he is married to a world top model, he lives a luxurious life. Unexpectedly, he retires for a year, his fans associate it with excessive drug use, but the truth hides something else – Frankie is starting to lose his hearing. In the moments when he is completely deaf, he experiences a nervous breakdown, withdraws into himself and refuses any contact with people, until one day he finds a way to perform again and regain his glory.

The producers of this film went so far in promoting the project that they made websites, music and videos signed by Frankie Wilde, so it is completely understandable that most of the audience still thinks that he is a historical figure. In support of that are the guest appearances of several world stars of the electronic scene, including Carl Cox, Tiesto and Paul Van Dyke, who talk about their collaboration with Frankie and his musical skills.

The story around which the story revolves is interesting and in a great and explicit way shows the moral and financial decline of a man who came to the very bottom from the top due to circumstances. A big plus is given to him by British humor, which also appears in scenes that are not very appropriate. The film is full of scenes with alcohol and drugs, so that at certain moments it reminds of Requiem for a Dream. A very interesting addition is the personal demon of the main character, who is shown as a creature with which Frank regularly communicates.

The project has an excellent collection of electronic music hits that fans recognize “from the first”. It seems that the director sent a subtle message to the performers of electronic music in which he tells them that each of them, as well as their music, would be forgotten if they did not appear at performances for a year, for the simple reason that their music is a passing party without evergreens. .

The cast did a great job, especially Paul Kaye in the lead role. His performance is more than excellent, he portrayed the role so well that at certain moments the viewer feels sincere sympathy for Frankie Wilde, who seems very true and convincing. It’s really hard to get rid of the impression that everything is a feature film and that Paul isn’t really Frankie personally.

This film is a human drama combined with good British humor and a large number of club hits. Very interesting experience, recommendation to watch.