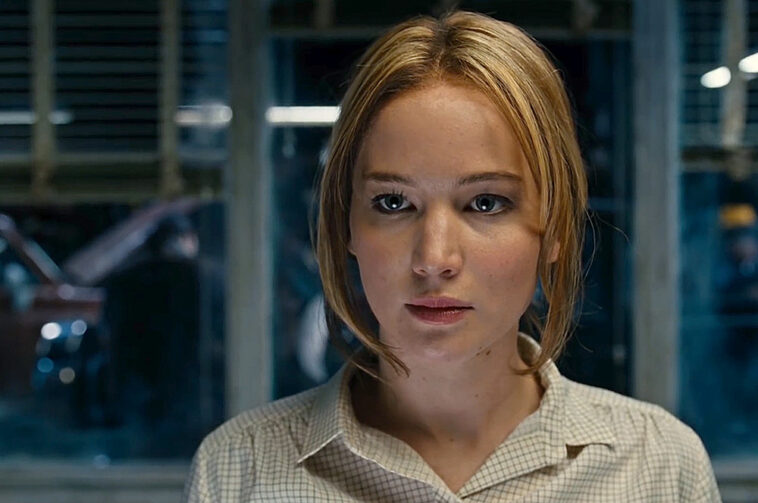 Her grandmother brings us the story through narration. She tells us about the girl Joey (Jennifer Lawrence), a creative creature who lives with her parents, half-sister and grandmother. She is a very special girl who likes to invent and make various objects and give them life. Her dreams are an unstoppable storm full of ideas, and her grandmother Mimi (Diane Ladd) constantly keeps them warm. Joey is also the best student in school and she has a bright future. The years have passed and now we see her as a young woman, but that young woman is not what we imagined. She still lives in the same house with her grandmother, mother, but also her three children and her ex-husband who lives in the basement.

Her parents divorced, and after that, her mother Teri (Virginia Madsen) spends all day watching soap operas on TV and does not leave the room. Joey does all sorts of jobs to feed his family. On top of that, she receives her father Rudi (Robert De Niro) in the basement, next to her ex-husband Tony (Edgar Ramírez). It is clear that her dreams remained locked. However, it often happens that, when it seems to you that you have reached the bottom and there is no way out, you gain some strength to take the threads of your life into your own hands and do something with it. That’s exactly what Joey will try.

This biographical drama was directed by the well-known David O. Russell. Also, what is interesting is that this is his third film, if I’m not mistaken, where he hired Jennifer Lawrence and Bradley Cooper, and to make things even more interesting, he was joined by Robert de Niro and so we have a trio from Silver Linings Playbook, which he also directed. Russell tried to do a similar job here as in SLP, making an unusual drama / comedy. His setting is based on very non-standard characters or, better said, a bunch of weirdos who tell us in a slightly comical way very serious and at times difficult life events. Their interaction represents a certain creative chaos that Russell uses to tell this inspiring story. He succeeds in a lot of things.

He arranged colorful characters, each of which contributes to the success of the film with its madness. He adapted the tones to a certain historical time or context, and it all looks good. The story goes at a certain pace that slowly introduces us from period to period, each colored by different emotions, and so we follow the life of a young woman who is trying to put her life together from the pieces that are available to her. It is not easy and there are more failures and constant failures than success, but she is constantly struggling. It all looks very good and nice, but the impression remains that it could have been far more. Somehow this film lacks some greater uncertainty, intensity at certain moments, some break point where everything explodes in a certain direction in order to astonish the viewer. There are such attempts, but everything remains at the level of sympathy and solidity, which is not a bad thing.

The cast is such that the expectations of all of us are high and I must say that those expectations have not been betrayed. Jennifer Lawrence is loved by some, some go home, but for me she is undoubtedly a great talent and a great actress who never let me down. It’s the same here. She is the central figure of the film around which the whole mentioned creative chaos revolves. All the characters in the film, no matter how independent they look, actually rely on her and ask her to solve everything. That is why her character reacts with a range of colorful feelings, and we can clearly see all these changes on her face. The class is the pillar of the family, fearless and keeps everything under control, then the little girl is scared, insecure and ready to leave everything. Then he rises again and so through different intensities of courage and fear he leads his character to the final resolution. Jennifer serves us all this quite convincingly and I have to say every part.

The rest of the team, just like I said, revolves around the character of Joey. Their actions affect her, and she influences them. They obey and support her for a while, and when she gives in a little, they turn around like predators for prey and so on in a circle several times. In this way, the interaction of the actors and their portrayal of the emotions of the characters took place. One is a challenge to the other and that is what Russell did great. He created a situation where the actors get the best out of each other. Russell set it up, and the cast responded perfectly, so it’s a real pleasure to watch this chaotic interaction, at times comical, and at times difficult.