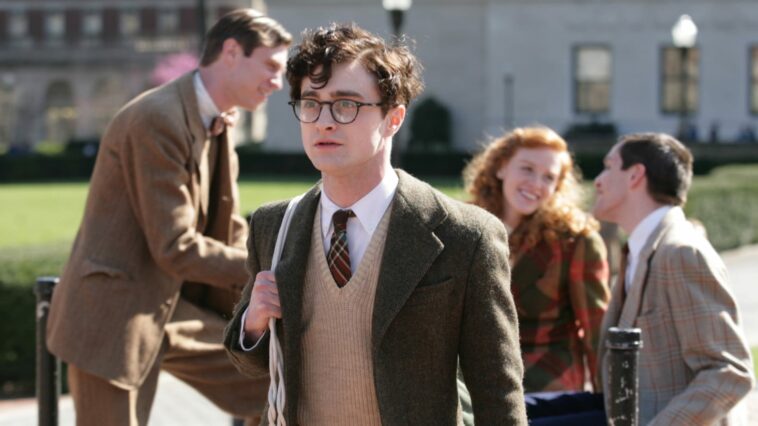 Director and screenwriter John Krokidas has chosen a story based on true events for his debut project. Starting from the story signed by Austin Ban, we follow the turbulent period set in the war year 1944. At Columbia University in New York, young student Allen Ginzberg meets three like-minded people with whom he will lay the foundations of the later beat movement. Lucien Carr, William Burroughs and Jack Kerouac make the famous trilling who, in addition to the aforementioned Ginsberg, bravely took on the roles of visionaries, rejecting the conformist shell of traditional literature and embarking on an adventure, revolutionizing petty (condescending) worldviews and the meaning of life. One unfortunate event will end in murder out of passion. Society will find itself at a crossroads when the greatest bohemian among them, Lucien, is stuck in prison, which will end his revolutionary career in vain…

Screening biographies of famous people has always been a special challenge for filmmakers. We have often witnessed sharp polemics about how the story of a famous character is insufficiently authentic, distorted, half-true and the like. The ambitious director consciously took the hot potato in his hands, firmly convinced of the high potential of the entire project (he is even one of the producers). The fact that he had at his disposal extensive biographical material on the forerunners of the beat movement (the name came from a hotel in Paris where the heroes of the film lived), an insight into theatrical performances that have already dealt with the topic in an appropriate (artistic) way. film works on the destinies of free-minded visionaries, objectively gave him a decent starting point. What would be said is a good wind in the back to create a multi-layered and above all provocative, and at the same time attractive narrative. I am of the opinion that he only partially used the opportunity.

Following the events from the perspective of Alain Ginsberg, he emphasized his complex relationship with the charismatic Lucien. Burroughs and Kerouac are tendentiously pushed to the background, which can really bother the viewer who wants to create a complete picture of a group of talented, free-thinking young people, ready to fight for drastic changes in established norms of behavior and way of thinking. The homosexual tendencies of a small group of friends (not counting Burroughs who were unlucky in marriage) are used here more as a form, with the director’s obvious intention to provoke shock and disbelief, especially if we keep in mind that this is a time when World War II is still raging.

Thus, traditional moral values ​​deeply rooted in the family circle were widespread in the then conservative American society. They were really different, not only in their way of thinking, but also in their behavior and especially in their adopted bohemian lifestyle. The decor of the room consisted of the obligatory glass of alcohol and nicotine smoke, and even a discreet insight into the beginnings of experimenting with hallucinogenic drugs is given.

The director managed to evoke only a part of the authentic atmosphere that reigned in progressive, artistic circles, as usual, placed in prestigious clubs where African-American jazz musicians created a suitable mood. It is difficult to dispute more than correctly presented roles. I get the impression that Daniel Radcliffe has risen to a difficult task, because he impressively portrayed Ginsberg, not hesitating to accept the role of a young man with pronounced homosexual tendencies on the transitional path of his career. Dane DeHaan is somehow offensively theatrical, so even though his character asked for it, I still think that he doesn’t deserve praise, much less criticism.

Jack Huston and Ben Foster are as solid as they can be, since they didn’t have too much time. Michael C. Hall imposed himself with convincing acting, because his David Camerer was embodied in the right way (the guy is obsessed and can’t imagine life without his beloved young man), despite the fact that the director failed to detail his relationship with Lucien. shows, it all came down to psychotic attacks and fierce quarrels. Of the female characters, I admit that Jennifer Jason Leigh impressively portrayed the tragic character of a woman who fights madness in her own way.