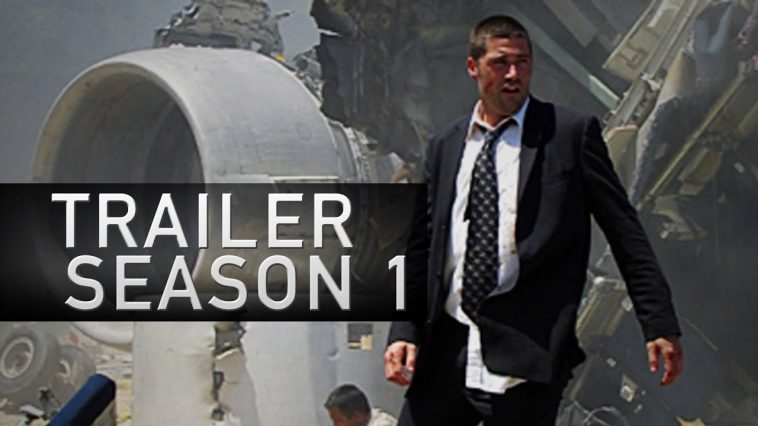 “Lost” is a very ambitious, bulky, and above all a quality and original project by producer and director Jeffrey Lieber, J.J. Abrams and Damon Lindelof, for ABC production house. The series ran from 2004 to September 2010 and has 6 seasons. I sign that the first two seasons and to some extent the third, are excellent, original and of high quality, but as the series continued, the decline can be seen in the realization of the idea and quality. Most fans are indignant because of the very end of the series, more precisely the way it ended, without giving any concrete answers.

The series follows the lives of survivors of Oceanic 815 flight from Sydney to Los Angeles, who crashed on a strange tropical island somewhere in the South Pacific Sea. The plane was cut in half, one half fell on the island’s beach, and the other half ended up somewhere in the jungle. Everyone hopes that someone will come to save them, but after a few days they realize that it will not happen. They deviated from the course due to turbulence, and also part of the team catches the signal with the help of an unknown Frenchwoman, which has been repeated for 16 years, so that does not give them any hope either. They are slowly starting to organize on an island that hides many secrets, and above all the dangers of which they are slowly becoming aware of. Some of them are: The Others, who in some way occupied the island before them and are considered superior, and the island used to be a research center for experiments on people, the so-called Dharma initiative.

Each episode follows one particular character in the series from two perspectives: an action that takes place on an island and an action that takes place at a different time, earlier, as flashbacks. In the first two seasons, we meet the main characters, of which Jack stands out – a dedicated doctor-surgeon who imposes himself as a logical solution when choosing a leader, a benefactor with severe traumas in relation to his recently deceased father. Sawyer – a deceiver, a wanderer, a man lost in the sins of some other’s past whose burden he carries, arrogant, impulsive, poor grove. Kate – a fugitive from the law, a mystery woman and an attractive girl with an even more mysterious criminal past, attracted to both Jack and Sawyer. Sayyid – a former Iraqi soldier, a member of Saddam Hussein’s Republican Guard, but with a conscience that still cost him his love. John Locke – a mystery par excellence, otherwise an ordinary salesman, motionless, in a wheelchair, until the accident when he miraculously walked, a man attracted by wilderness and mystery. Harley – a nice, but clumsy fat man who attracts misfortune (winning the lottery numbers 4, 8, 15, 16, 23, 42). Charlie – a musician and former rock star, otherwise a heroin addict, good-natured and labile. Claire – a pregnant young girl before giving birth, alone in her accident, attracted to Charlie. Michael – a construction worker and his son Walt, with a second chance at rapprochement, a Korean couple Sun and Yin with a lot of problems in marriage, due to class differences, and especially in mutual communication.

In my opinion the best designed character is Locke, and immediately followed by Sayid and Harley, while my favorite was Jack, I have to admit. Many more characters paraded during the series, some played theirs in the first and second seasons, respectively (as a rich half-brother and sister Boone and Shannon) and were replaced by new ones – the deceitful priest Mr. Eco (Adewale Akinnuoye-Agbaje) and policewoman Ana Lucia (Michelle Rodriguez) and they are perhaps the only well-known and well-known actors to appear in this series, as it is just as imaginative as the affirmation of some new faces through the seasons. I must also mention a couple of other characters, more important for the further course of the series that appeared later, such as. Ben, the cruel and evil leader of The Others, a society of mysterious people who want the deaths of surviving travelers, then former Scottish soldier Desmond Ham, a man who pushes a button every day at the same time for years, Dr. Elizabeth Mitchell, physicist Daniel Faraday and as icing on Jacob’s cake – a mysterious phenomenon as a guardian, protector of the island. I must especially emphasize the supporting role of Mira Furlan, one of the best actresses from this area, in the role of the strange and distrustful Daniel Rousseau, a French researcher whose signal for help was intercepted and who has been on the island for 16 years and is fighting her own battle with him.