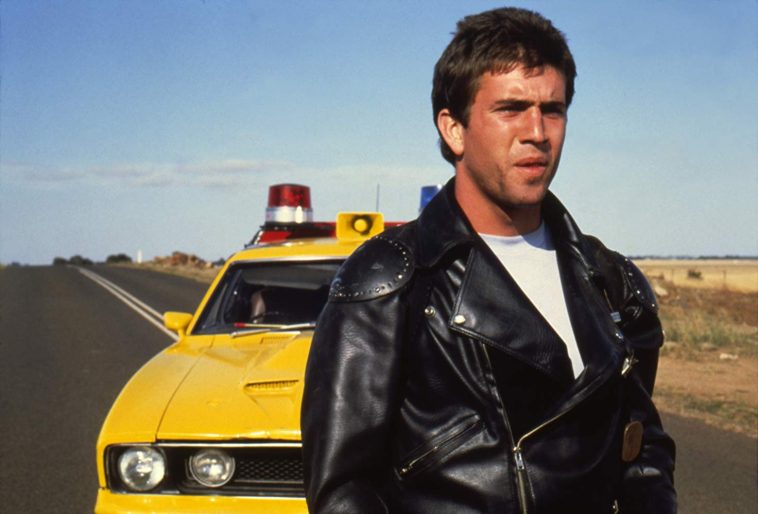 Mad Max is a 1979 Australian film directed by George Miller and written by George Miller and James McCowland. This was Miller’s first film, and he made a great effort to make it. He had certain problems with money, or to say, lack of it. So, in the end, the budget was only $ 400,000, but that didn’t stop him from creating a classic, which this film really is.

The story is set in the near future. The large and devastated country is dotted with roads that connect settlements and cities. The same roads are home to many outlaws and gangs, and traveling on them is very dangerous. The only hope for passengers is the MFP, the police unit that patrols these roads. One chase for an outlaw named Nighttrader will change everything for the police officers who participated in it, and especially for the star of the unit, Max (Mel Gibson), and that chase will bring hell after him. That hell comes in the form of a biker gang of nomads, and the devil in this case is Toekater (Hugh Keays-Byrne), their leader.

Mad Max is a great modern, futuristic or, let’s say, dystopian western. Yes, it is a sci-fi movie because it is happening in the future, but everything else is like in a true western. The prairie in the western is the road here, horses are vehicles, outlaws and desperadoes are bikers, sheriff and deputies are policemen here. Miller took the western as the setting of the film and applied it here. He added his own experience gained while working in the hospital and the cases from the Ambulance that he witnessed, especially those from traffic accidents, then it was all mixed with a revenge story and one perfect movie dish was ready.

This futuristic western brings a raw and raw story about an equally raw and cruel world. In a world like this, there is no mercy, no remorse, no justice, and he who wants justice should take it into his own hands. You can try to escape from this reality, start a family, have a normal life, but sooner or later this reality will come to you, and it will be furious, and then you will have to fight with everything you have.

What makes this film special is Miller and his ability to connect all the parts together to evoke the special atmosphere that Mad Max has. That atmosphere will draw you in and unforgivingly throw everything right in your face, then it will pull the strings of your emotions, evoked by the events unfolding before your eyes and, yes, you will feel all the emptiness, pain, cruelty and sadness coming from a world like this in the film.

In addition, Miller managed to make an action classic with very limited resources, with great car chases and some really amazing acrobatics. Landscapes of Australia are an ideal place for this type of film. The costumes look dangerous and fit perfectly into the whole atmosphere. Technically, this film is a masterpiece, given the limited, very limited budget. How limited is the fact that only two main actors had genuine leather jackets, while all the others were copies, not to mention other things that, when you read, you just can’t believe, but Miller is that. What to say about music and actors. The music is, just like in the western, firmly connected to the story and very loud and dramatic in some important moments and is an inseparable part of the film.

Miller decided to hire not so famous actors, and the main role was given to a young man who played in only one film before this one. That actor is Mel Gibson, and this film made him famous and he became one of the biggest movie stars. The rest of the cast are also unknown actors, but they are all impressive with their looks and appearance. Many of them are simply great and I will mention here Steve Bisley as Gus, Max’s partner and the phenomenal Hugh Keys-Byrne as Toekater.

To conclude, I will return to what I said earlier: What makes Mad Max special is Miller’s ability to put all the pieces together to evoke the special atmosphere this film has. For me, that atmosphere alone is enough to recommend this film to everyone in style.