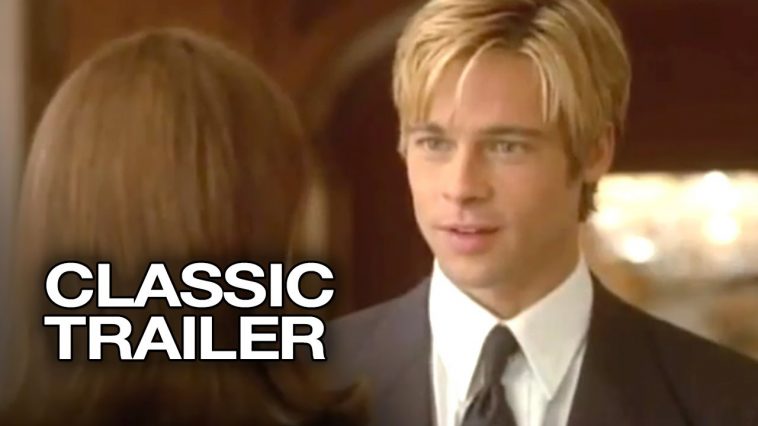 After the film Legends of the Fall, the tandem Anthony Hopkins – Brad Pitt got another opportunity to act together, this time in a drama with elements of fantasy in which the main theme is the transience of life and collecting bills when it is known that the end close.

Hopkins plays William Parish, a wealthy New Yorker who is preparing to celebrate his 65th birthday. One evening, he is visited by a mysterious blond young man named Joe Black, who turns out to represent Death. Joe has no intention of taking William away immediately, because he is intrigued by his life, he decides to stay a little longer on Earth and William becomes a kind of guide for him. The problem arises when there is a romance between Joe and William’s daughter Susan, which will destabilize the relationships, plans and thoughts of the actors.

The first thing that attracts attention is the duration of the film of three hours, for the simple reason that the film on which this remake was made lasts only 78 minutes. After watching the film, I read the fact that the budget of the film was almost 100 million dollars, and I wonder what the money went to, apart from the fee of the main tandem. Director Martin Brest had the task of making a mixture of classical and comic drama, but he definitely did not succeed. Certain scenes are too stretched and last at least three times longer than they should, as if the director was sorry to cut any part of the tape he shot, so he edited it all together and served it to us viewers.

The length of the film is not a problem if the plot is complex and efficient in order to hold attention, which is not the case this time. The script has several holes, especially in the very characterization of Joe Black, who at one point refutes himself. The actors themselves provided a great performance, Hopkins captivated the film with his appearance, while Pete is not as charismatic as he could and should be. The supporting characters did a solid job, but no one gradually stood out, not even Claire Forlani in the role of Susan Parish.

The film tries to add a sentimental, romantic note that in the end turns out to be quite pathetic and unnecessary. I agree that this move is a kind of link that holds and starts the film, but it did not affect me in a positive sense. As much as I tried to watch the film carefully, I didn’t succeed, because certain scenes, due to their excessive length, simply make the viewers take a nap.