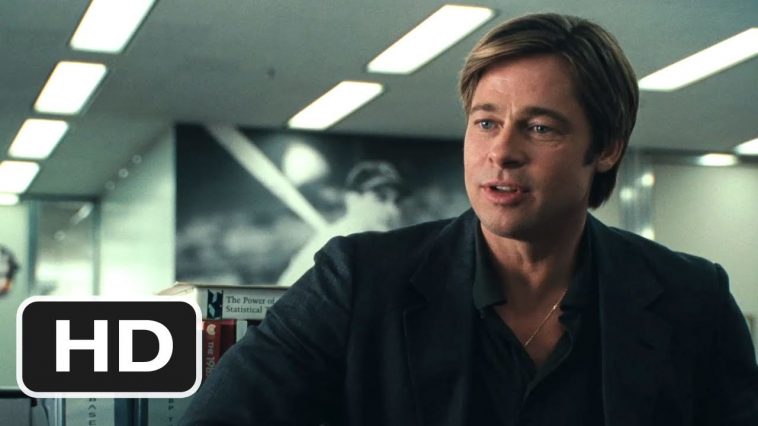 This project is an adaptation of the book “Moneyball” by Michael Lewis, which was made according to true events. This is not a typical biographical drama in which it is almost always played on the card of pathos, but everything is simply set and it is up to the viewer to get the best out of it.

This is the story of the career of the legendary sports manager Billy Bean. He is the general manager of the Oakland Athletics baseball club, which will try to renew it in a completely new, modern way, which will seem to many, including himself, at one point as an unstoppable act of madness. He is most bothered by the small budget of the club, which is trying to create a team that will be able to be side by side with other clubs whose budget reaches the figure of over 200 million dollars. Assisted by a genius in the form of economic expert Peter Brand and the statistics he relies on and blindly believes in, he sets out to fight the system, taking cheap relatively unknown and mostly unrecognized players. In the beginning, of course, he is underestimated, unrecognized and misunderstood by his advisors and coaches.

The film does not follow a story that offers simple answers, but reveals a dedicated and stubborn man who changed the face of baseball. After that crucial season, a large number of clubs have embraced that approach to the game.

The screenplay was written by esteemed Hollywood screenwriters and Oscar winners Aaron Sorkin and Steve Zailan. They adapted the book very well, so that nothing important was missed and the plot was concentrated on the most important segments. The scenes on the field are short and scattered, and there is no key that would bring catharsis and a simple solution. Directing is simple, edited and at a very high level. The entire film was done professionally, and this is confirmed by 6 Oscar nominations. The only, but the only drawback of the film may be the duration of two hours, but for dramas like this, you have to have nerves and set aside enough time to see everything properly.

Brad Pitt is not good, but he played this role very well. Perhaps the role of life and it is a pity that this, mostly underestimated actor, does not have an Oscar yet. He is excellent as a lonely manager and a dedicated father, tormented by various demons from the past and who successfully balances between dismissal, underestimation of his method and finally deserved success that had to come to light at some point.

His great partner in the film is the young actor Jonah Hill, who proved with this role that he is not just a passing comedy sensation, but this nice fat man is much more than that and he perfectly matched Brad in the film. He will surely have many more good and serious roles as he had in this film. I would also mention the always good Philip Seymour Hoffman

Honestly, I haven’t watched such a strong, suggestive, and instructive sports biographical drama as Moneyball since Remember the Titans. The genre is my favorite, right after horror and mostly films of this genre are perhaps the best in the film industry, because in addition to great acting performances, directing skills and similar things that accompany a film, here, in films like this, we can almost always draw a a strong and significant lesson that is only up to us, to notice it.

This is a typical sports drama, but not with the same approach to the viewer as the others. The point of morals and principles is strongly and suggestively emphasized here. It gives us hope that there are still people who keep their word and their principles in spite of everyone and all the troubles and troubles that stand in their way. An honest human drama in which there is no exaggeration in any field.