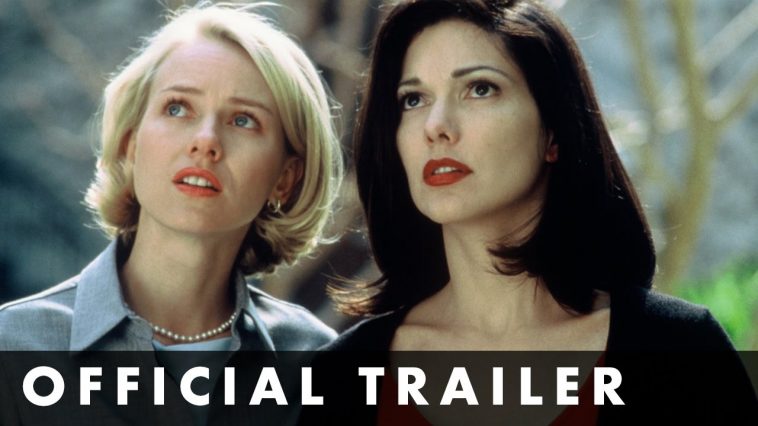 When we mention the most complex directors, the name of David Lynch will always be at the top. I would characterize his film complexity as very high quality, and above all very characteristic (original), and very often symbolic and metaphorical. Such is this film, which contains perhaps the highest dose.

The film follows the stories of three characters, who are unusually intertwined and connected. Betty is a young rising actress, who comes to Hollywood to pursue her film career. He settles in his aunt’s big house, but when he arrives at the address, he finds an unknown woman in the house. She introduces herself as Rita. We get a flashback and see the so-called Rita, as she experiences a car accident, comes out of it unharmed and, lost, enters the first house she encounters. However, she lost her memory, and she came up with the name after the great actress Rita Hayworth. Then the real plot begins, because Betty decides to help Rita in her search for her true identity. At the same time, the story of the third character, Adam, who is a famous film director, takes place. He received an interesting lobbying offer, to push a certain actress in his upcoming film. The offer comes from people with dangerous and suspicious intentions, more precisely from the mafia. Adam refuses the offer and after that inexplicably the worst things start to happen to him and he loses control of his life.

By the way, Mulholland Drive is the name of the road before entering Hollywood, a resting place, a trademark of Los Angeles, and it can also be called a “suburb” of Hollywood.

The film is perhaps the most complex work of Lynch so far, because all his current, interrupted and previously thrown life visions that seem to have no meaning, although they certainly do, have merged into the film. This is a metaphorical and symbolic film, which first shows what the Hollywood machinery is like and what dangers lurk from it. It is visually very impressive and effective, reality, imagination and dream are intertwined, as well as hallucinations and deliriums, the subconsciously created world of the main protagonist, and all the good and bad things that adorn Hollywood.

The direction is typical of Lynch, tense and intriguing. I don’t want to start thinking, because only Lynch knows why he set things up that way. The screenplay was also written by him, who has the characteristics of his directing. For the film, most will state as the biggest flaw that nothing is served to the viewer, that he concludes immediately during the action, but the viewer has to work hard and connect some things himself, and that is the beauty of this film. Also, the absurdity of the events at the end of the film and the actions of certain characters are characterized as flaws. The soundtrack that accompanies the film itself is great, especially the song by Rebecca Del Rio “Llorando”, which is the very core of the relationship between the main characters.

This film launched one, today great and popular actress, the beautiful Naomi Watts, whose lesbian scene with her partner in the film became cult. Her role in the film is double, but I would not like to reveal too many details. Laura Harring did very well in her role and I can say that this actress is, unfortunately, neglected today. Of the actors, I would like to point out Justin Theroux, Lynch’s Favorite in the role of Adam, who was quite good. The film had its premiere in 2000 in Cannes, where Lynch won the award for best director.

“I recommend Mulholland Dr.” not only to Lynch’s fans, but to everyone who wants to watch a good and tense thriller, wrapped in cellophane of metaphorical and symbolic complexity, which is left to the viewers to decipher.