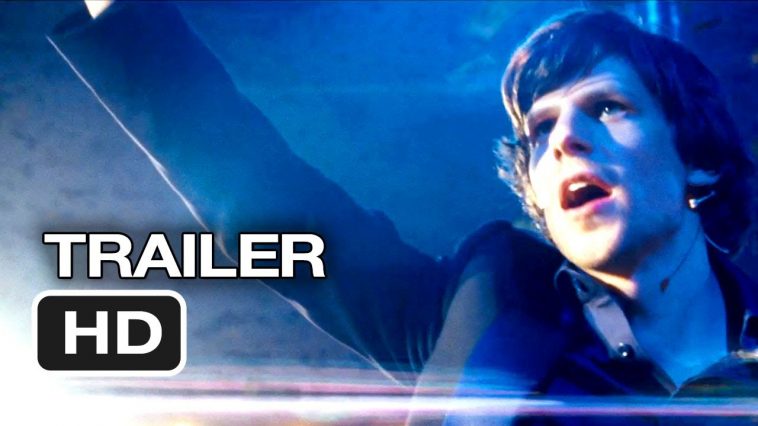 Many have been talking about this film for days, more precisely since it came out, they are full of praise for it, they express their enthusiasm for the very concept, acting and other important characteristics of the film. Since the opinion of the majority did not coincide with mine several times already, I watched the film with great reserve, guided by the thought that I would probably be deprived of their enthusiasm. However, this time I didn’t, I certainly didn’t. An excellent film, a true example of a project that in full glory and fully fulfills only one goal – to entertain the viewer, which is actually the basic definition and goal of the film in general.

The story follows a team of magicians who are a current hit in the world. They robbed a bank during their performance, and shared the spoils with a enthusiastic audience, and the gang consists of Daniel (Jesse Eisenberg), Merritt (Woody Harrelson), Henley (Isla Fisher) and Jack (Dave Franco). The performances they perform and in which they share the stolen money always take place on other continents. Special FBI agent Dylan (Mark Ruffalo) is determined to bring them to justice and expose them. To do that, he has to work with the beautiful Interpol worker Alma (Melanie Laurent). After unsuccessful moves to bring them in, Dylan turns to expert Teidius (Morgan Freeman), who himself used to be a magician, and is now working to expose them.

I really enjoyed watching every second and watching this movie. It is complex, interesting, dynamic and holds attention. It is necessary to pay a little attention to the secondary details and actions that take place in parallel with the main one in order to make everything clearer. The main characters and everything important about them was shown in the first ten minutes, until after that no attention was paid to their further characterization and development. That detail is perhaps the biggest flaw of the film, but the fact is that the plot would lose speed if more attention was paid to the characters themselves. In addition, individuals resent that the store does not focus only on them, because a good part of the “glory” belongs to FBI agents, who in some situations seem quite vulnerable and naive. The whole project looks nice visually and I have no objections on the technical side.

The cast is very good. The four main characters represent a great team. The casting was done great and everyone manages in their role. They are convincing, fun and mystical, both as a group and individually, in their own way. I never preferred Eisenberg, although I watched The Social Network where he was great, but I think that after this film I will pay a little more attention to his works. We have two older greats, Michael Caine and the always great and interesting Morgan Freeman, whose roles have been pushed aside a bit, and I think they are not used enough. Woody Harrelson, one of the top actors in my opinion, and young Dave Franco also did a solid job and deserve all the praise.

I recommend everyone to watch this movie and have fun. You are not looking for meaning, instruction or some hidden meaning. Hold all your attention from start to finish and you will not be disappointed. This is a “purebred” fun blockbuster in all its glory, as blockbusters should be.