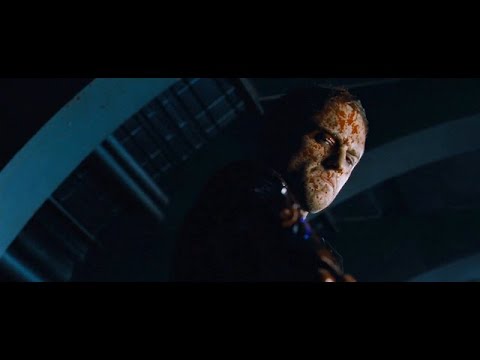 A small number of good sci-fi horror movies have come out lately. Despite the criticism that does not spare him at all, this film, in my humble opinion, belongs to the good films, because it fully satisfies the definition of what is sci-fi horror in the original sense. In addition, it can be classified in the category of psychological horror.

The plot of the film revolves around two crew members, Peyton and Bower, who wake up from a deep sleep on a seemingly deserted spaceship and who soon realize that they are not alone on it. Also, their problem is, apart from being confused and disoriented, that they cannot remember the basic things about themselves, who they are, where they are from, where they come from on the ship and what their specific task is. After hearing some undefined sounds, Bower sets out to explore the ship in search of them, while Peyton stays in the main cabin to guide him by radio. Then the ball slowly begins to unravel and frightening facts are revealed, after which there is a struggle for a bare life and survival becomes their main priority.

This is a pretty original and interesting movie. The script is solid, with an effective introductory scene, and the attention does not subside until the very end. The spectator is simply introduced to the ship and explores it together with the main characters. A big plus is the solid number of turns, while as a drawback it can be stated that the main actors could have been given a little more space. As for the special effects, which are the most important feature of any sci-fi project, they failed in this film and the production money invested in the film did not return (invested forty million dollars – the film earned nineteen million dollars) and therefore most consider this film one big miss.

The fact is that it is well designed, but not so well realized. Most of the film is in the dark, not only in the literal sense, but also in terms of learning about the plot and trying to discover it, because only towards the end of the film do some things become clearer. The tension grows with each passing moment as the film progresses, but no definitive or concrete answers are offered. The events are very interestingly processed, the scenes are dynamic, they switch from each other at high speed, while the key element of the mystery of the film is well-designed at the end and inserted at the right time.

Bouera is played by the great actor of the younger generation, Ben Foster, who in this role stands out from his established bed guy roles. That’s a big plus, especially since I’m predicting a great career for this actor if he continues to choose roles on his own, rather than having roles choose him. Peyton is now played by veteran Dennis Quaid, a solid actor about whom one should not spend too much words, while his “alter ego” is played by the handsome Cam Gigandet, known for his roles in the films Experiment and Priest.

As I mentioned, I consider it one of the better sci-fi horrors coming out lately. It is also solid on the psychological level, because the inner survivals of the characters are accentuated by a very interesting script, good actors and a mindfak ending that promises some future sequel.