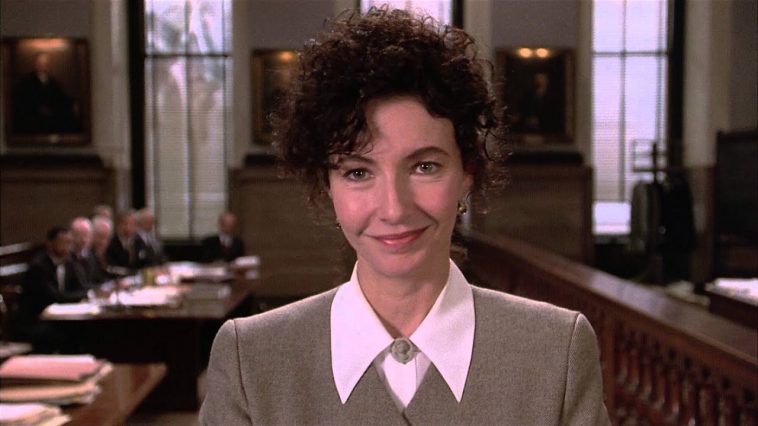 At the time this film was released, AIDS and homosexuality were so-called. dirty brothers who lived in a distant family, far from the everyday life of the average US man. By placing the film in “City of Brotherly Love”, hiring rock star Bruce Springsteen to sing the title track and choosing recognized and popular Hollywood professionals, a film was made that for the first time without makeup shows the face of a man with everyday discrimination and problems brought to him by homosexuality and AIDS. .

The story follows Andrew Beckett, a gay lawyer infected with AIDS, who was fired from his rather conservative law firm. In his last attempt at justice, he finds a lawyer, the homophobic Joe Miller, with whose help he is suing his former bosses. During the court battle, Joe realizes that Andrew is not too different from an ordinary person, stops being homophobic and does his best to win the lawsuit before Andrew loses the battle with AIDS.

Director Jonathan Demme gained fame with his project The Silence of the Lamps. The vast majority of people agreed that the film was a masterpiece, but a certain group even organized demonstrations because they did not like the fact that the main villain was gay. Influenced by powerful people in Hollywood who were infected by the general popularization of political correctness, the director decides to make a film that “popularizes” homosexuality.

From the very beginning, the thesis is that all people are equal, but the director’s black-and-white portrayal of homosexuals as young and beautiful people is noticed, while Andrew’s opponents in the lawsuit are portrayed as old, primitive and greedy homophobes. The fact is that the film would have left a better impression if everything had been done a little more neutrally. The main attraction is not so much in the tension as in the drama and the film is full of unusually large shots. The emphasis is not on the obvious physical and mental deterioration of the main protagonist, but on the optimistic presentation that he seems to experience a new day tomorrow. The makeup team did a great job. The biggest drawback is definitely that it leaves the impression of subtle propaganda. The whole project is accompanied by an excellent soundtrack done by, among others, Bruce Springsteen and Neil Young.

The cast is impressive. Tom Hanks masterfully depicts the downfall of young Andrew faced with the problems of discrimination. His enthusiasm and youthfulness from the beginning of the film gradually turns into a depressing anticipation of death, and Hanks deservedly won an Oscar for the leading male role. He is well supported by Denzel Washington in his characteristic edition, portraying a homophobic lawyer with a distinct dose of compassion and humanity. Among the supporting characters, I highlight Ron Wavter in the role of one of Andrew’s bosses, an actor who himself died of AIDS a year later.

This is an unusually honest and convincing project. A well-done life story and a quality film that I recommend to watch.