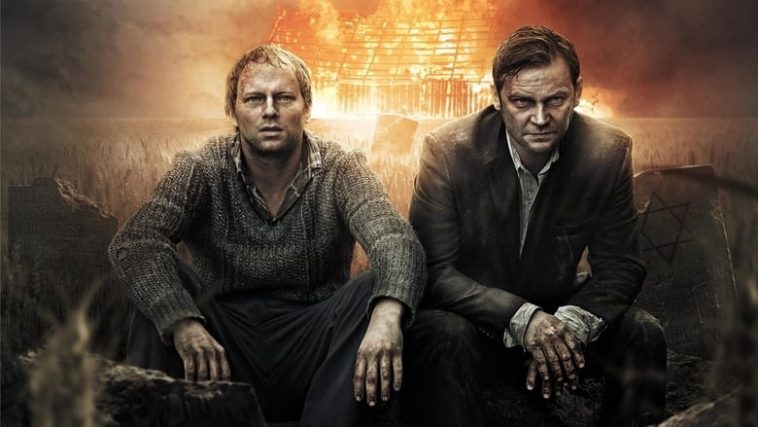 I have been looking for a way to start with a description of this movie for a long time. I will start with a general story about how we cannot choose the homeland and the place of our birth, but we also cannot tear from the heart that belonging to a certain nation and space. When you love your country, then you experience its sorrow and joy, you are proud of it, but in some situations you come to be ashamed of it. The film “Poklosie” certainly deserves carefully chosen words, because one superfluous one could reveal a lot and spoil that much-needed charm. That is why I am cautiously introducing you to an extremely interesting adventure.

Poklosie (consequences) at first leads us through kilometers of fields and spaces, seen through the eyes of Francis, who returns to his homeland after twenty long years. His arrival is ambiguous, starting from his own conscience that he failed to take the time to come to his parents’ funeral, to repair his relationship with his younger brother Josef, who still blames him for his escape. However, there is another reason, and it will turn out to be the main one. Josef’s wife fled to America with her children, and she did not state why. All this awakens in Franciček a long-extinguished brotherly feeling and a desire to investigate what exactly is happening to him. He learns that Josef has a strange hobby of collecting old Jewish tombstones, which have been rudely thrown away, decayed or even built into a country road, and for no particular reason he places them in the field where he planted the harvest. It is precisely with such inexplicable actions that it raises tensions and they slowly culminate in more and more direct attacks. How and in what way did Josef hit it in the aspen, whose community buzzes headlong over the heads of stubborn brothers?

In order not to reveal the story further, I will start analyzing and praising this genre-colored picture book. The film begins as a classic drama about the relationship between the brothers, introducing us to the space, the people who live and all these psycho / sociological meanings of the place. This is certainly a plus, because it gradually and beautifully introduces us to the core of the film, which from what we call “social” turns into a mystery mixed with elements of horror. This is mostly seen through the change of colors in the film. At the beginning, the beautiful agricultural area becomes dark and hostile towards the one who pokes his nose where it does not belong.

In terms of atmosphere, the film is very reminiscent of the Danish candidate for Oscar Jagten, especially in terms of the crowd-individual relationship. Individuals are discreetly rejected by the cooperative (the scene when the combine does not arrive at the appointed time), companies, friends and acquaintances become ardent enemies, and seemingly strange and special people become the only allies of our heroes. Their influence is minor, so the brothers carry all the intensity of the mass on their shoulders. While in “Jagten” the themes are of a personal nature such as pedophilia and suspicion that will be forever present, in “Poklosie” the theme is much broader, more daring, because these are crimes against humanity for which no one has yet been held accountable. As the truth of the buried pagan past comes to light deeply, so do the dramaturgical elements rise to a thriller tempo, which flirts perfectly with the ambience that is subject to music, fear, dark color, and even rain. It is truly masterful to follow this transformation of a seemingly so peaceful place from the beginning into a nightmare of biblical executions.

A special charm is given by the episodic actors with their effective performances, raising the already high ladder of the film. Each of them has its own separate scenes, on which that dramatic twist later depends. I end the review with the words that crime never becomes obsolete, and the hands are already dirty, so that we are not aware of that. This film aroused controversy, but also negative reactions from the right-wing Polish public, as well as the church, which has a great socio-political influence in that religiously colored country. Be sure to pay attention to the film, as well as to the whole really rich Polish cinematography.