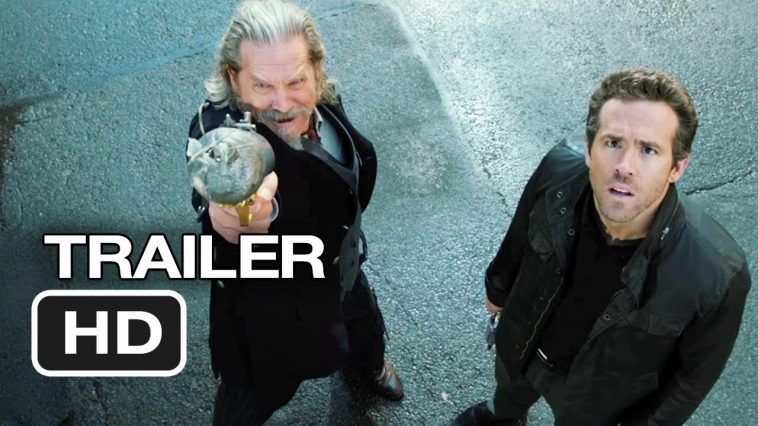 One of the most expensive film projects this year is this film adaptation of the popular Dark Horse Comics comic. The production company gathered an excellent cast, provided a large budget and at the very beginning had a very good base for writing the script, but the final product ended badly among fans of the aforementioned comics, and among film critics, but also at the box office.

The beginning of the film shows Nick, a Boston police officer, who together with his partner Bob finds strange gold in one of the actions. Bob responds to Nick’s suggestion to hand over the gold by killing Nick in the next action, who goes to heaven and becomes a member of the police team consisting of the late law enforcement officers. Their job is to catch criminals whose soul has refused to go to heaven, even though the body is dead. Nick’s partner becomes Roy, a sheriff from the Wild West era, and together they discover a conspiracy that will make the world between the living and the dead open in both directions, and the main tool for that endeavor is the strange gold from the beginning of the story.

Before watching it, I noticed a number of bad reviews about this film, so my expectations were very low. Still, although the film is irresistibly reminiscent of the Men in Black series, it leaves a solid impression and is not at all as bad as most viewers say. It is full of action, the script develops quickly and at the very beginning the viewer is immediately introduced to the story, it is not stretched, there is no idleness, while the dialogues are a bit reworked and already seen, but still nice. The plot itself seems that half of the film knows how the story will end, but that fact does not diminish the fun.

As much as 130 million dollars were pumped into the project, but at certain moments one gets the impression where so much money went. From a technical point of view, it is excellent, it has good special effects, computer-generated graphics and it is visually beautiful, but also in some scenes the question arises whether this could have been done better. Some monsters are unimaginative, while several action scenes are ruined by poor camera positioning and graphic solutions. Basically, everything seems to be in place, but when you hear the budget, everything somehow gets a cheap note, because after that knowledge, it seems that everything could have been much, much better.

As for the cast, the choice for the two main actors is great in terms of the roles they were given. Ryan Reynolds provides his characteristic performance, without too much emotion and facial expressions, but with a lot of egocentrism, while his partner is always the interesting Jeff Bridges, who, it can be said, carries a good part of the project on his back and represents the epicenter of entertaining events in the film. Of the supporting actors, I will mention Kevin Bacon in the role of Bob’s antagonist.

I have to admit that my very low expectations before watching influenced the film to leave a good impression. If you expect something more, it will definitely disappoint you, while, on the other hand, it will serve great as a one-and-a-half-hour easy party.