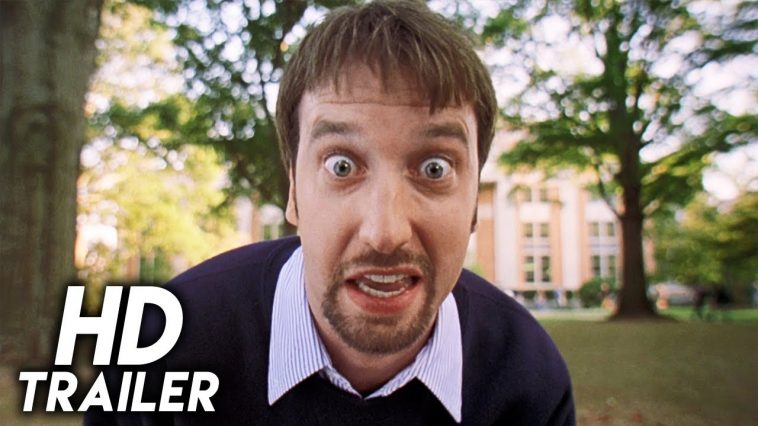 The period at the turn of the two millennia has given rise to interesting and quite good teenage comedies that are gladly watched and most often remain in everyone’s fond memories. The fact is that the humor in such films is occasionally debatable and exceeds the limits of good taste and political correctness, but it is also a fact that you will have great fun with them, unless you are a moral monstrosity.

This film, which has been translated in our country as “Freshmen in a hurry”, follows Josh Parker and Tiffany Henderson, who have been a couple since elementary school. Their relationship is seriously tempted, because they enroll in colleges that are at a great distance from each other. They keep in touch with frequent phone calls and letters, but Josh is tempted to spend the night with Beth. The problem arises when he learns that the tape sent to Tiffany instead of an outpouring of tenderness towards her contained a recording of the night spent with Beth. He gathers the company and embarks on a journey through the United States to pick up the package before his girlfriend.

The director of this film, Todd Phillips, came into the spotlight two years earlier, when he made a documentary about debauched lives in American colleges full of sex, drugs and alcohol called “Frat House”. After this film, he shot the excellent comedy Old School, and then the Hangover trilogy. His first works, which include this film, have the characteristics of his documentary – a large number of scenes are closely related to sex and have a characteristic humor that individuals find to be extremely container and repulsive.

The characters in this film are very interesting and easily create sympathy with the viewers. They are very different from each other and attention is also paid to female heroes, who are more than a piece of meat used for sex. The film is also characterized by the fact that it has a certain meaning and a solid script that connects everything into one whole, unlike today’s films from this genre, which are presented through shots, usually without any meaning. The role of the narrator was given to Tom Green, a specific film worker and stand-up comedian whose humor is somewhere on the lowest scales of correctness and popularity, and the fact is that the film would have had better grades if Green had not received participation in it.

One of the main roles was played by one of the most popular young actors at the time, Seann William Scott, whose spontaneity and appearance alone are enough to make you laugh. And this time he plays a character who irresistibly resembles the Stifmeister from American Pie and he does it quite well. Besides him, it is worth mentioning Amy Smart, who became famous for her role in the film The Butterfly Effect and Breckin Meyer in the role of the clumsy Josh.

If you are a fan of older American teen comedies whose plot does not consist exclusively of randomly thrown scenes of parties, drunkenness and sex, this is the right movie for you. A very interesting project and one of my favorite comedies.