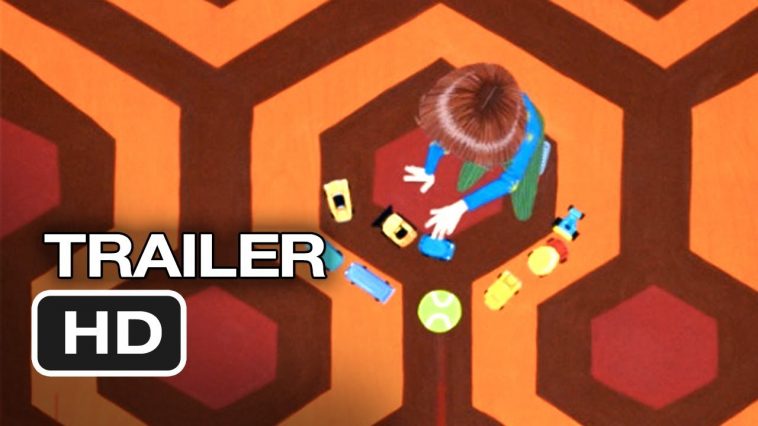 The vast majority of people think that Stanley Kubrick is, if not the best, then definitely one of the best film professionals of all time, which is of course quite justified when we look back and remember under what masterful titles his name is signed. What has always bothered me is the fact that although they glorify, the vast majority of people simply do not understand his achievements and manage to see only 15% of what the genius director wants to show us.

Room 237 is a documentary that deals with this problem. Director Rodney Ascher brings together a group of film theorists, experts and obsessive fans and in a series of different interviews tries to provide some kind of autopsy of Kubrick’s 1980 horror classic The Shining and shows us all the hidden messages, elaborates allusions and many hard-to-notice symbolisms found in this realization.

Declared a complete failure by Roger Ebert, Variety and Stephen King himself, on whose book this film is quite freely based, The Shining still managed, despite all these negative attitudes, to remain remembered and enter all the obligatory film readings. It is generally known that Stanley Kubrick liked to play with the audience and that each of his achievements was actually conceived as a labyrinth. In every shot of this phenomenal film professional, there is certain evidence, that is, hooks that, although at first they seem like minor omissions of the director, when we get a little better acquainted with his manners, we see that absolutely nothing in any of his films is pure coincidence.

What would you say, Kubrick’s films are not intended for the classic lazy audience, but for real film detectives, ie filmmakers who are ready to repeat the work several dozen times and analyze frame by frame over and over again.

In addition to the already well-known theories about Kubrick’s obsession with numerology, especially number 7 and the belief that The Shining is a film about the suffering of Indians, Rodney Asher’s documentary offers many analyzes and beliefs where some are extremely intriguing, meaningful and deep, and others only bizarre. conspiracy theories and psychotic gossip taken out of all rational proportions. The strength of Asher’s documentary lies precisely in his presentation and his decision not to approach any of these theories in a biased way, no matter how sensible some may seem and some may not. The film simply expresses opinions, theories and bizarre paranoia and tries to visually support and bring us closer to the words of these film lovers through excellent editing and charts.

We really get a minimum of information about each of these names of experts, and only when they are ready to share with us. I think this is a great move by the director because the goal is not to deal with the relevance of these comments at all, but with what they represent. Just listening to various theories and stories of people who claim to have watched some movies over and over and back, and segment by segment, over a few dozen (certain and over a hundred) times, speaks volumes about how well Kubrick did his job. Since only from the author of the work we can hear what the hidden symbols are and what exactly they mean, watching this documentary gives us a real impression of how powerful a film can actually be and how much capacity it has to hypnotize and influence the psyche of its audience.

This level of fanaticism, obsession and attention to the smallest details has accompanied The Shining for over thirty years and, if for no reason, this film should be respected and viewed as one of the best achievements of all time. The Shining remains an unsolvable enigma even based on Kubrick’s decision to reject much of the Stephen King book on which the film is based. Numerous small symbols that are there at one moment, but not at the next, say that the realization is certainly intended with a lot of various tricks and tricks, but still the key can only be given to you by Kubrick, so any further analysis is nothing but pure guesswork.

What is really important about this documentary is that it indicates that each of us, based on our experiences, can see something new in something, something different, something that no one before us has been able to see. Each perception gives a special dimension. One of the greatest virtues of film lies precisely in the different interpretations and experiences that can be drawn from it. As always, many thanks to Kubrick for the fantastic puzzles, a great documentary, a warm recommendation for all film detectives.