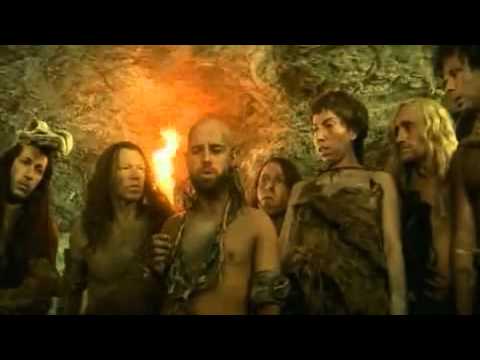 Every movie lover among the watched movies especially remembers the one who made him laugh to tears with his specific, original and extremely unexpected humor. My favorite in this case is this French comedy that has pushed the boundaries in, one can freely say, stupid dialogues, scenes and the action itself, and represents one of the most original and meaningless comedies ever recorded.

The shop is set in prehistory and shows us two tribes – pure-haired and red-haired. They are in a centuries-long conflict over a secret shampoo recipe that makes clean hair more beautiful and special. The plot is concentrated on a tribe of pure-haired people, which consists of incredible characters, in their daily affairs, and their everyday life will be moved by an unprecedented way. Meanwhile, the redheads send a spy named Gi to a tribe of clean heads, in order to get the secrets of the shampoo.

As I mentioned, what sets this film apart from all other comedies is the incredible originality in terms of characters. Starting with a sorcerer who speaks a language he invented himself, through a man with a torch announcing that night is falling, to the fact that every individual in the pure-haired tribe is called Pierre, while all members of the red-haired tribe are called Tonton (Uncle). Their everyday life is full of rather strange and meaningless events, such as eating fruit peel instead of the fruit itself and dreaming of a modern store full of technical goods.

An additional dose of humor is given by extremely unusual and meaningless dialogues and scenes, of which I would single out the driving of a kind of taxi, which consists of “passengers” running behind the “driver”. I think it’s a complete hit that the film is outside the English-speaking world. Directed by Alain Chabat, who also wrote part of the screenplay and was one of the main actors, a man who gained popularity by making the film Astérix & Obélix: Mission Cléopâtre.

As for the cast, the full hit is the choice of the famous French actor Gérard Depardieu as the leader of the fat-haired tribe. Apart from the fact that the film got a plus in the field of acting, it also got a big plus in popularity, because a lot of viewers decided on this film precisely because of it. Of the other actors, I single out Gaëlle Cohen, who appears in Hollywood projects, and Jean Rochefort.

You won’t see anything in this movie that has already appeared in other movies. Original, hilariously meaningless and very interesting, enough recommendations for comedy fans to put in their list.