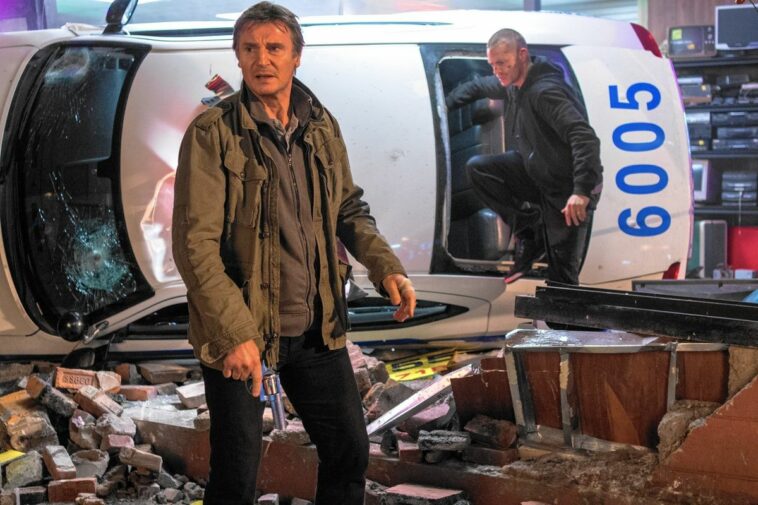 The team that won does not need to be changed. It is therefore understandable that director Jaume Collet-Serra and Liam Neeson have joined forces for the third time in the last few years, after Unknown and Non-Stop. As for the screenplay setting, it is obvious that Brad Ingelsby (screenwriter Out of the Furnace) did not move far from the archetypal framework of the story of the Irish mobsters. The motives that move the morally, but also physically ruined main actor (essentially anti-heroes) are redemption, a desperate need to make the right decision at least once and do something that would stay in the memory of the people he cares about.

When Jimmy Conlon (Neeson), a seasoned professional assassin in the Brooklyn underground notorious as The Gravedigger, is forced to pull the trigger and kill the son (although the guy is a real scum of a man) of his best friend and boss Sean Magire (Ed Harris), he will launch a wave of violence . There is a justification for such an act, the father started a chase of murderers of all fels on himself, out of parental motives. Aware that he has a long night ahead of him, Jimmy will use everything in his power to save his head on the shoulders of his estranged only son Mike (Joel Kinnaman)…

An action thriller that has a lot in common with what we have already seen in previous films by the talented Catalan director. Just for the sake of illustration, it is worth reminding that the main protagonist is haunted by demons of the past, so he is looking for a way out in relentless intoxication (sounds familiar, like in Non-Stop). What is very good for me in this thriller is the carefully developed dramaturgy, primarily on the father-son relationship. Huge trouble threatens to destroy the entire family, to crush the seeds of the Conlons and wipe them off the face of the earth forever. Under dramatic circumstances, a criminal, who in the eyes of his own son is nothing but a simple bum with whom he does not want to have anything, got the opportunity to protect him and thus take the burden off his soul and drive away the sadness from his heart.

Liam Neeson is standard good in action segments, but his acting talent comes to the fore in sentimentally colored shots, through several striking dialogues with Kinaman. Kinaman solidly portrayed the tragic figure, portraying the Mother as a man forced to make his way through life on his own, without his father’s support at a time when he needed her most. A good performance was given by the good old Ed Harris, because he impressively embodied the character of a friend, an old man, when his son’s mischief will put him in a position to attack the man he sincerely cared about, and even took care of him (in the name of good old days, when the two of them ransacked Brooklyn).

Of the numerous cast, two other important protagonists certainly deserve attention. The first is on the side of the law, and you guessed it, it is about the persistent detective Harding, who was subtly portrayed by Vincent D’Onofrio (Vincent D’Onofrio) (personally, the guy looks best in a police uniform, ie when he dispenses justice, because he has the expression of a true honest man ). The second is convincing enough in the shooting sequences, which is actually an allusion to the rapper Kamon (Common) who had a good time interpreting the cold-blooded killer, well-armed with various high-tech gadgets.

From the technical point of view, it is evident that the criteria determined by genre standards have been met. So, solid special effects, with a skilled cameraman who captured a series of visually attractive shots in urban neighborhoods of a megalopolis such as New York. There is no doubt that the desired dynamics has been achieved, especially since most of the work has been deployed for a short period of time, practically compacted in less than 24 hours. Disturbing musical arrangements are the work of an excellent Dutch musician better known as Junkie XL.