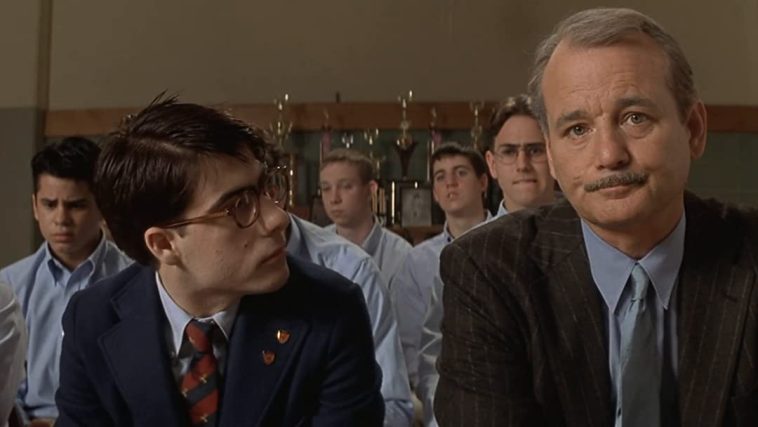 The central hero of the film is 15-year-old Max Fischer (Jason Schwartzman), an extremely intelligent and hard-working student of the elite Rushmore school who neglected learning due to side activities, so he is a member of all possible school clubs and associations. theatrical performances. Although he is quite smart, he is about to be expelled from school due to bad grades. His sponsor is the wealthy Herman (Bill Murray) who sees himself in Fisher when he was young. A kind of plot arises when Fischer falls in love with Professor Rosemary (Olivia Williams), with whom Herman is already in love, and that will lead to big changes in their relationship.

According to the author, the character of Max Fischer was based on him when he was in those years and the fact that extracurricular activities have always attracted him more than schooling. Wes Anderson, like the main character, started working in theater very early (he staged his first play at the age of 15), so the basis for the film resulted in a rather personal approach that was quite unconventional in Hollywood at the time, even though it was a teenage genre. comedy was in full swing. Apart from personal characteristics, what sets this project apart from others is the almost surreal world with rather strange, bizarre characters that are easy to make.

From the very beginning of the author’s work, Anderson’s partner was Owen Wilson, who later dedicated himself to acting in which he is not appreciated too much. In this case, they characterize the main character in a very creative way, making him more complex than it may seem. At first glance, a self-confident, misunderstood, intelligent young man becomes almost insane, lies, slanders, insults and destroys other people’s work, so he can hardly be considered a positive, but he also cannot be an antagonist. The matter is further complicated by the love triangle in which he is and in which he is doomed to defeat in advance, while his pubertal brain does not want to admit it.

Jason Schwartzman is great in the role of the main character and he is a real hit for that role. He has genes for film and art in general (a member of the Coppola family), and all films after this can serve as proof of how much he knew to get lost in the role at the age of 18. Great support is provided by Olivia Williams in the role of a reasonable teacher, and, in particular, Bill Murray. Books have also been written about this man’s acting, and he is hilarious in this film with a minimum of words and his characteristic reactions. Of course, Anderson did not forget his friend Luke Wilson.

Rushmore is a very intelligent and unconventional film. A teenage comedy in the not very classic sense of those words, packed in a colorful collage by Wes Anderson, which will entertain even the most demanding viewers.